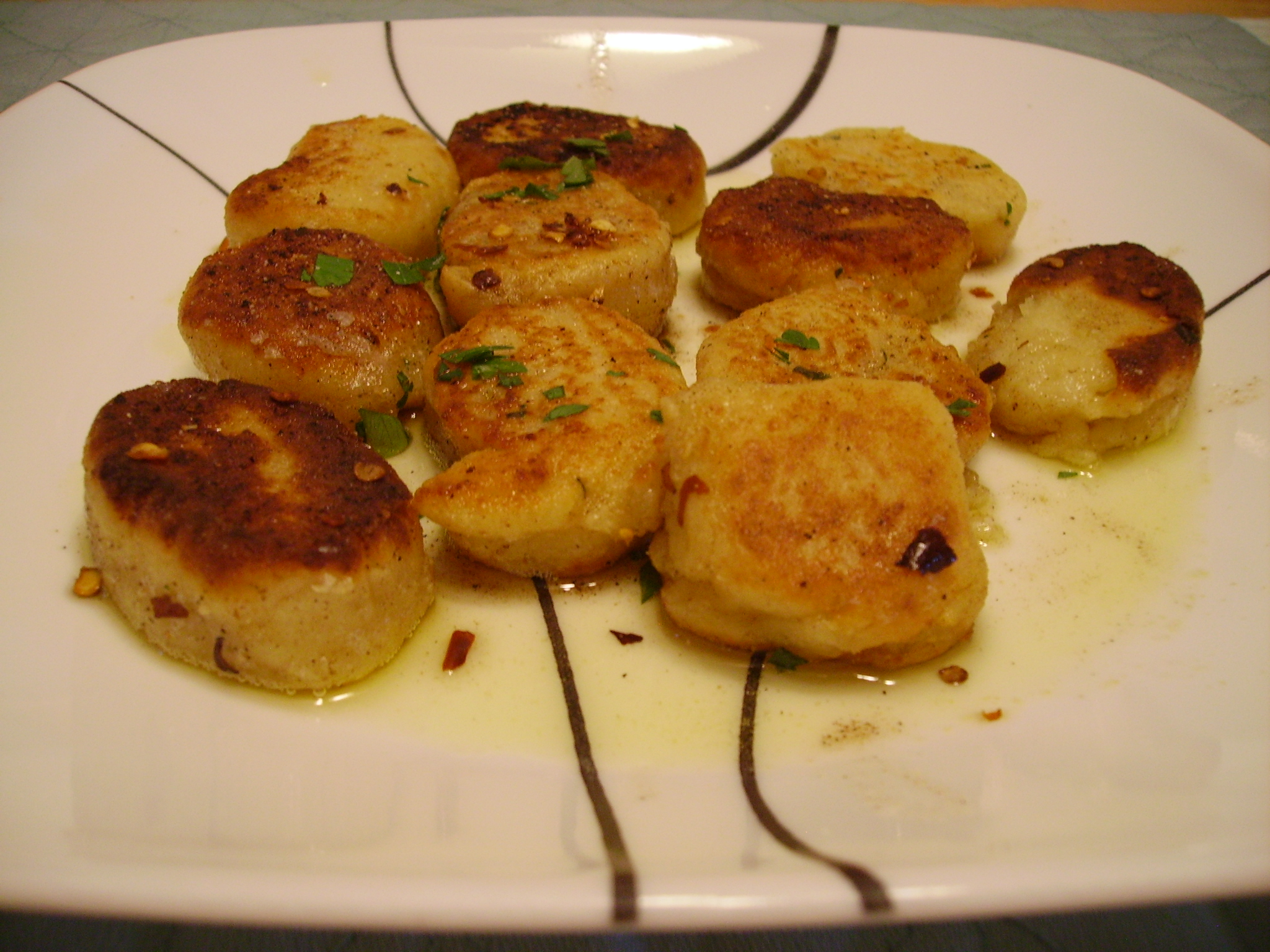 I guess I’ve been kind of on a ricotta kick lately…and there’s no end in sight, because the second I tasted this gnocchi, I immediately declared that I would make it again before the week was up. It’s just that good.

And what’s not to love? Cheese, butter, the kick of red pepper…

Most of us have had gnocchi before. Those little Italian pasta pillows…sometimes more like lumps than pillows. I once made the mistake of buying prepared gnocchi, because I’d heard you have to have special tools to make proper potato gnocchi. The store-bought version tasted like rocks and sat about as well in my stomach.

But these babies are heavenly. Light on the inside and crispy on the outsides, they were so flavorful that I ate my entire meal in about 5 minutes, because I just couldn’t wait to take another bite.

This gnocchi is very simple to make, and it only takes about 20 minutes! 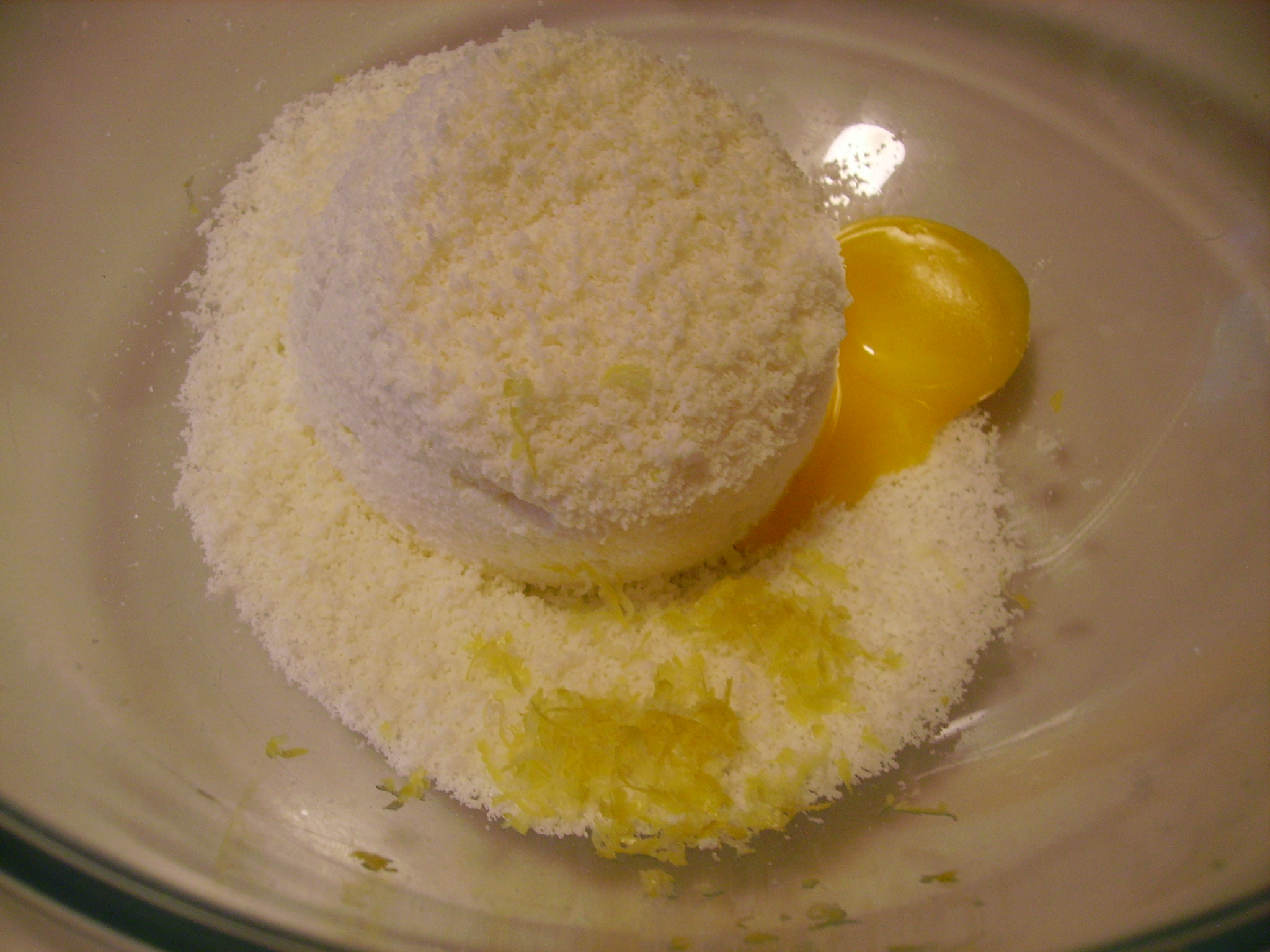 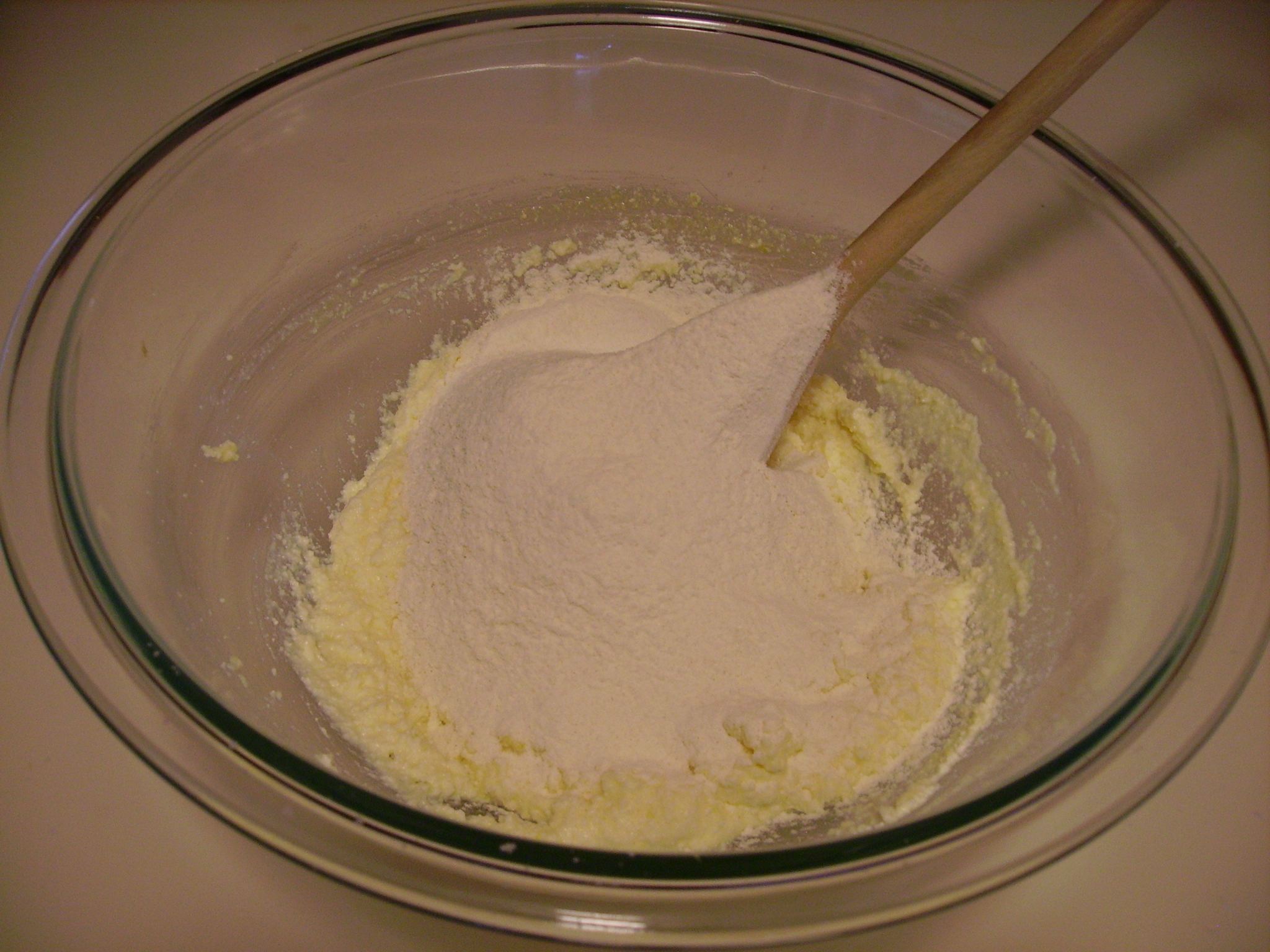 Sift about half of the flour over the cheese mixture and fold it in gently. 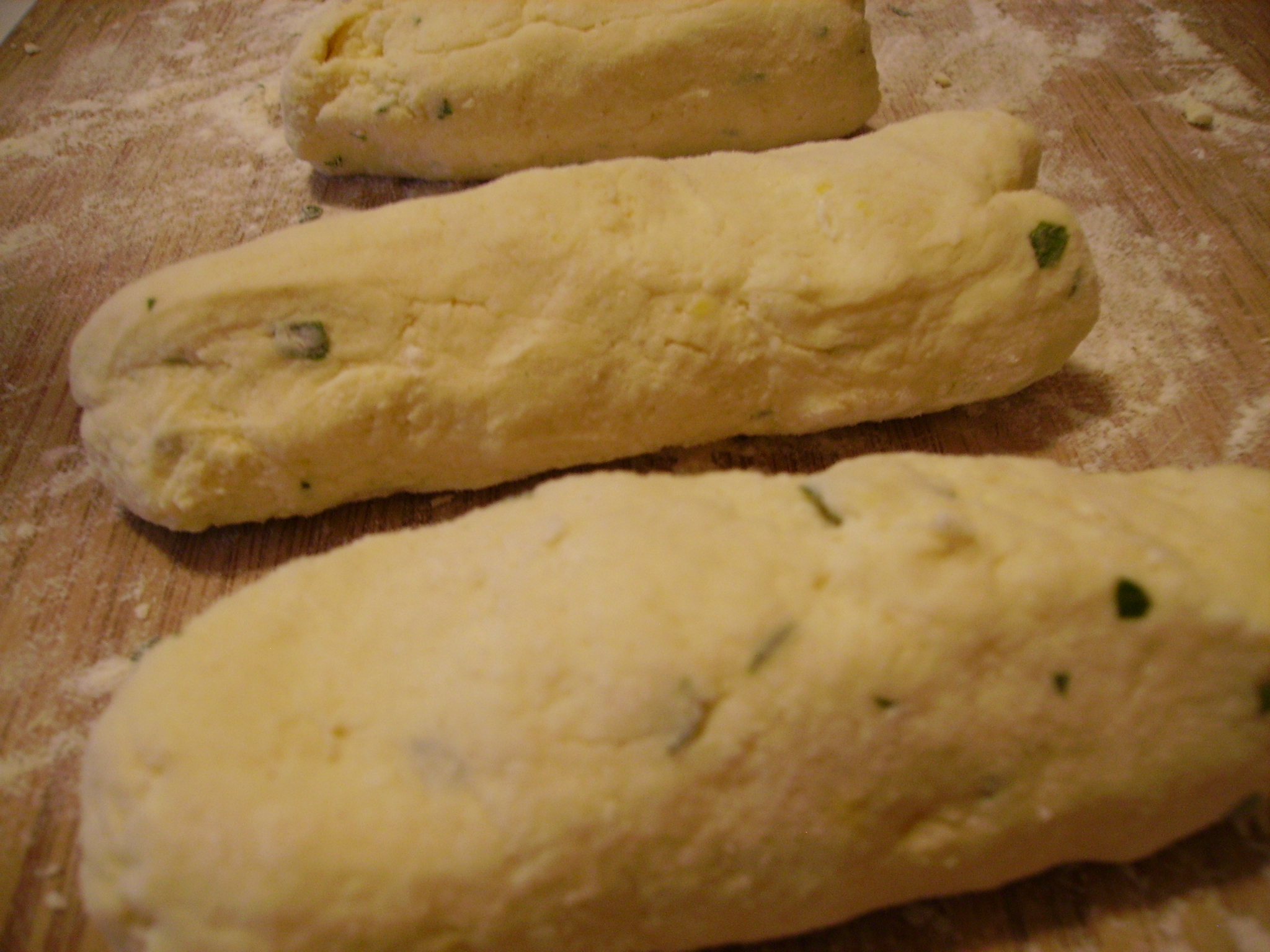 Turn the dough onto a floured board and knead in the remaining flour and half of the minced parsley. Divide the dough into four parts and roll into 1″ thick logs. 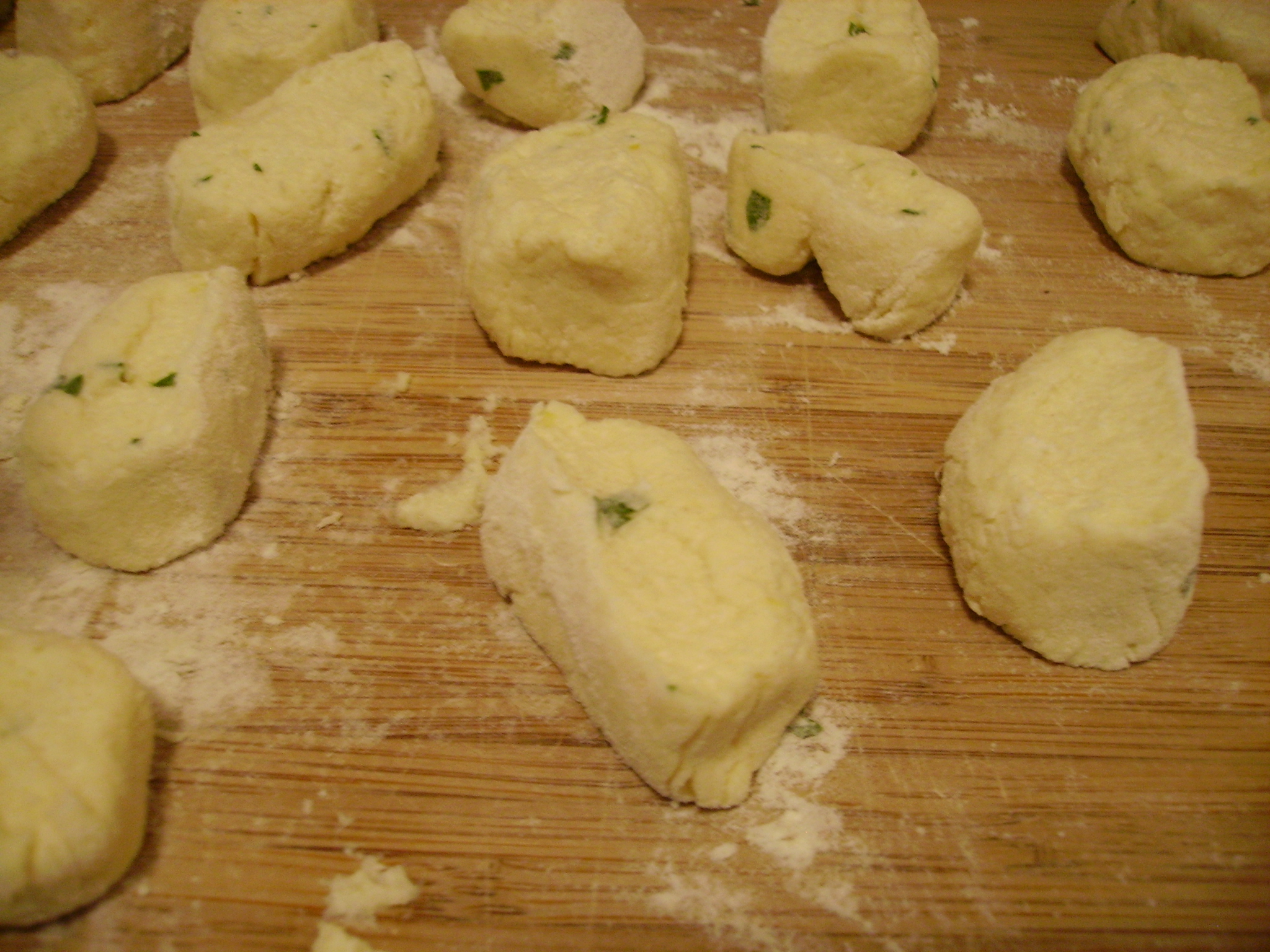 Slice into 1″ pieces. If desired, imprint them lightly with a fork (though the designs won’t show much after searing). I only did this on a few of them. 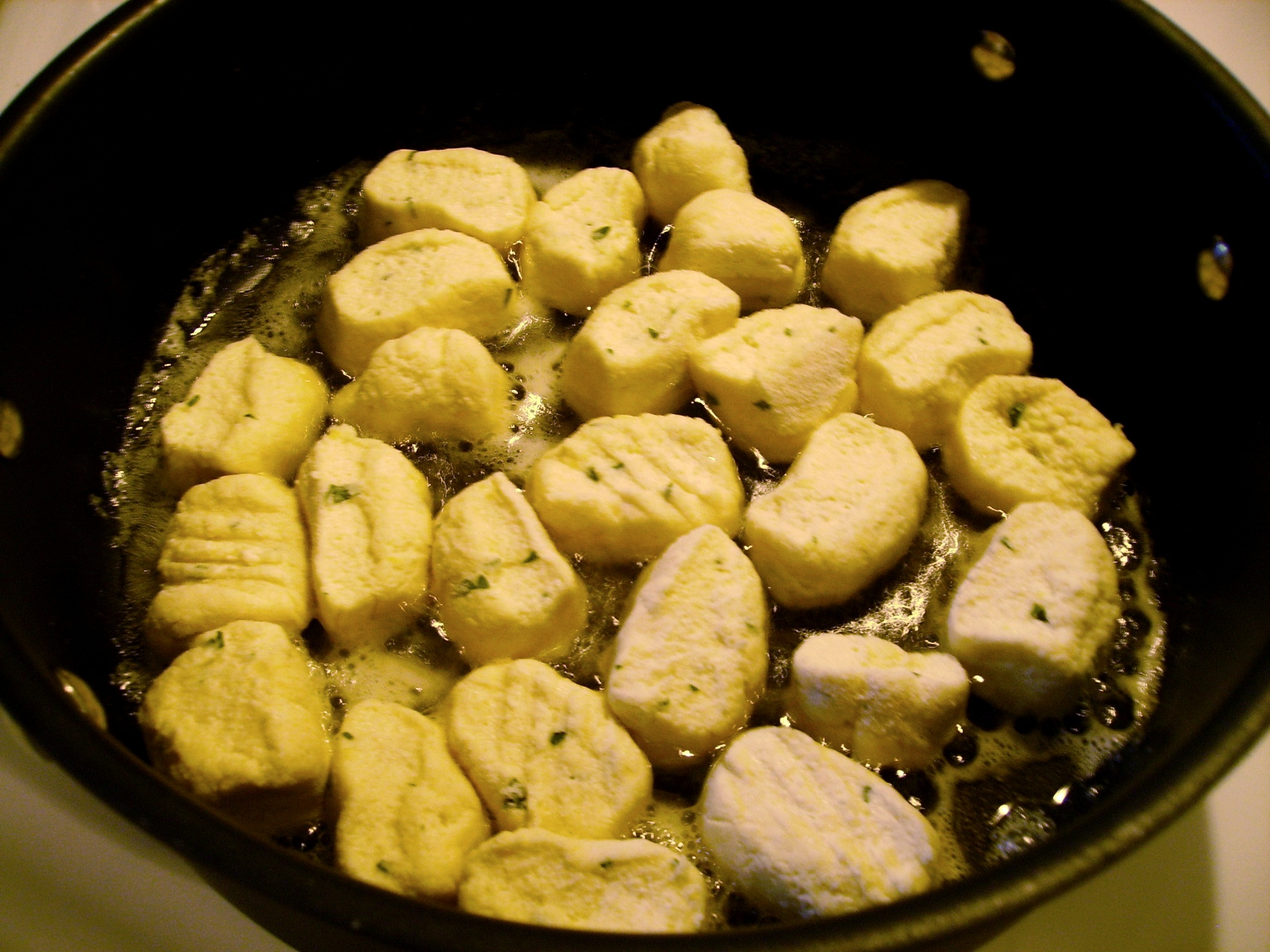 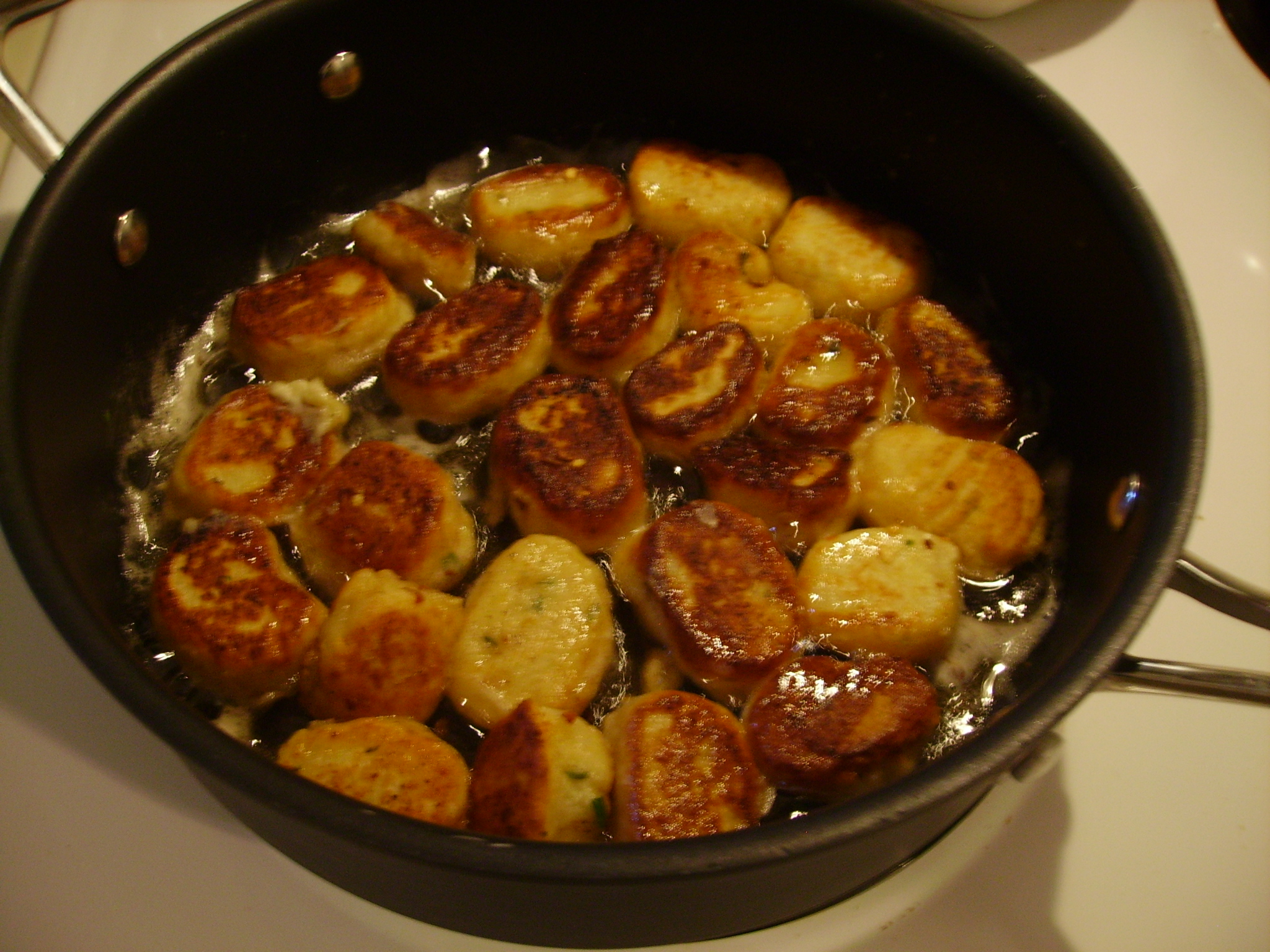 Brown the butter in a large skillet. Saute the gnocchi about 2 minutes on each side, until lightly browned. Transfer to 2 plates and garnish with cracked red pepper, remaining parsley, and a sprinkle of lemon zest and pecorino romano.

Directions:
Mix together ricotta, pecorino romano, egg yolk, zest, garlic powder, and 1 tbsp. parsley in a large bowl. Fold in about half of the flour.
Turn the dough onto a lightly floured board and knead in the remaining flour. This should take no longer than 2 minutes—do not overknead.
Begin to brown the butter over medium heat in a large skillet.
Divide the pasta dough into 4 parts and roll into long 1″ logs. Cut into bite-size pieces, about 20 in all. If desired, press each gnoccho lightly with a fork to create a ribbed imprint.
Sauté the gnocchi on one side for about 2 minutes, until browned, then flip. Add red pepper and sauté gnocchi another minute or so, depending on how large they are.
Drizzle olive oil on 2 plates. Transfer gnocchi to the plates and sprinkle with a little extra crushed red pepper and the remaining parsley. Drizzle with any leftover brown butter.
If desired, garnish with a bit of extra cheese and zest.