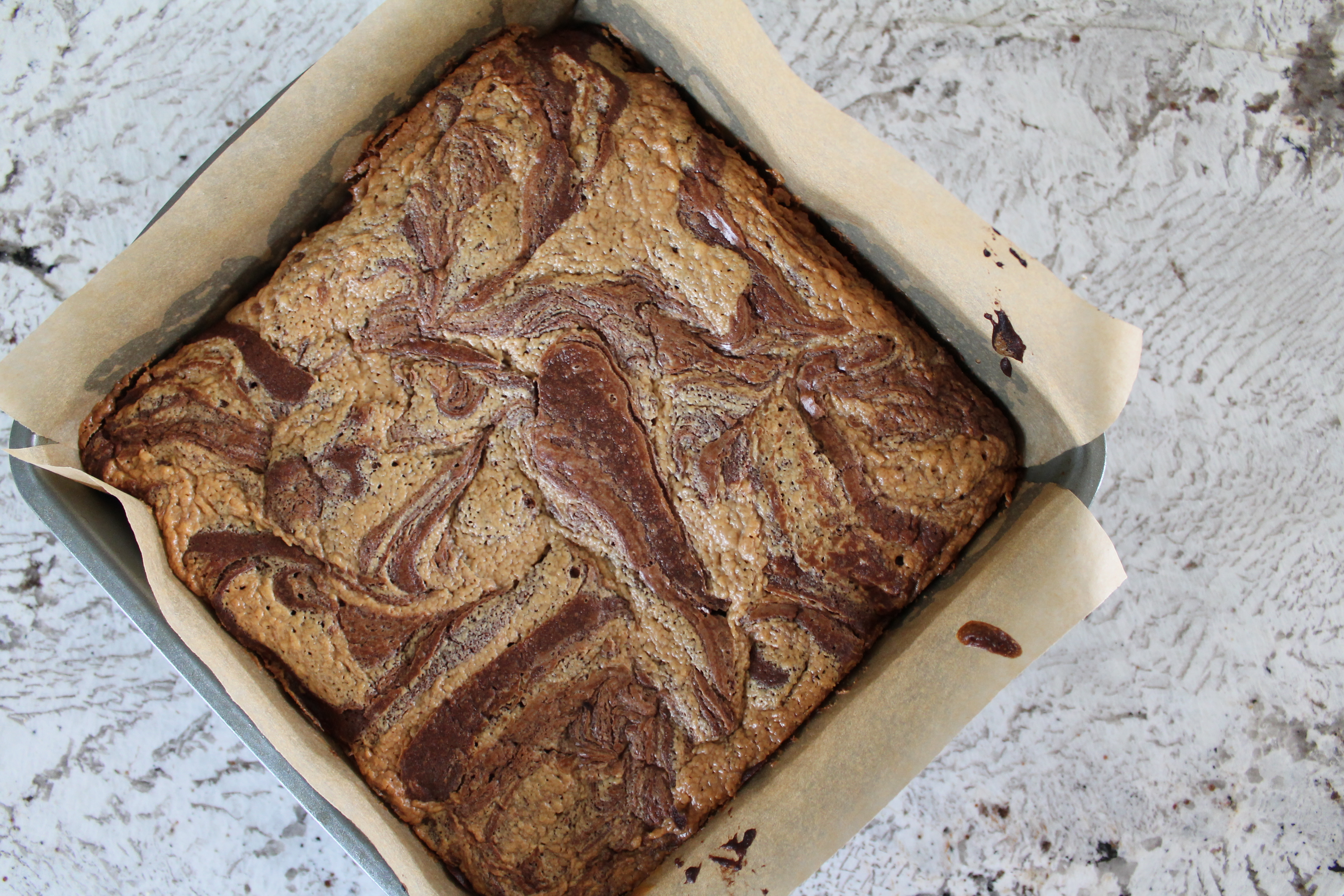 I am just going to warn you right now that the baking monster has been on a bit of a crazy rampage lately. And I am going to unabashedly point my finger right at Sarah of Well Dined. It’s totally her fault.

Several weeks ago, she confessed that she was afraid of baking cookies from scratch…and something inside my brain popped. Instead of cooking (somewhat) healthy lunches together each week, we started baking decadent desserts like it was no big deal.

But, friends…it was a big deal. I can’t stop baking.

So just get ready for an onslaught of brownie and cookie recipes, because it’s happening.

Starting here. With the very brownies that broke my willpower to not eat desserts. (Let’s be honest, that willpower wasn’t back to full strength after its pregnancy vacation, so it didn’t really stand a chance.) These brownies are thick and cakey and sweet and salty and all the things that are good about peanut butter and chocolate together. Make them. Who needs willpower?

Sarah and I adapted this recipe from Martha Stewart. It was good. 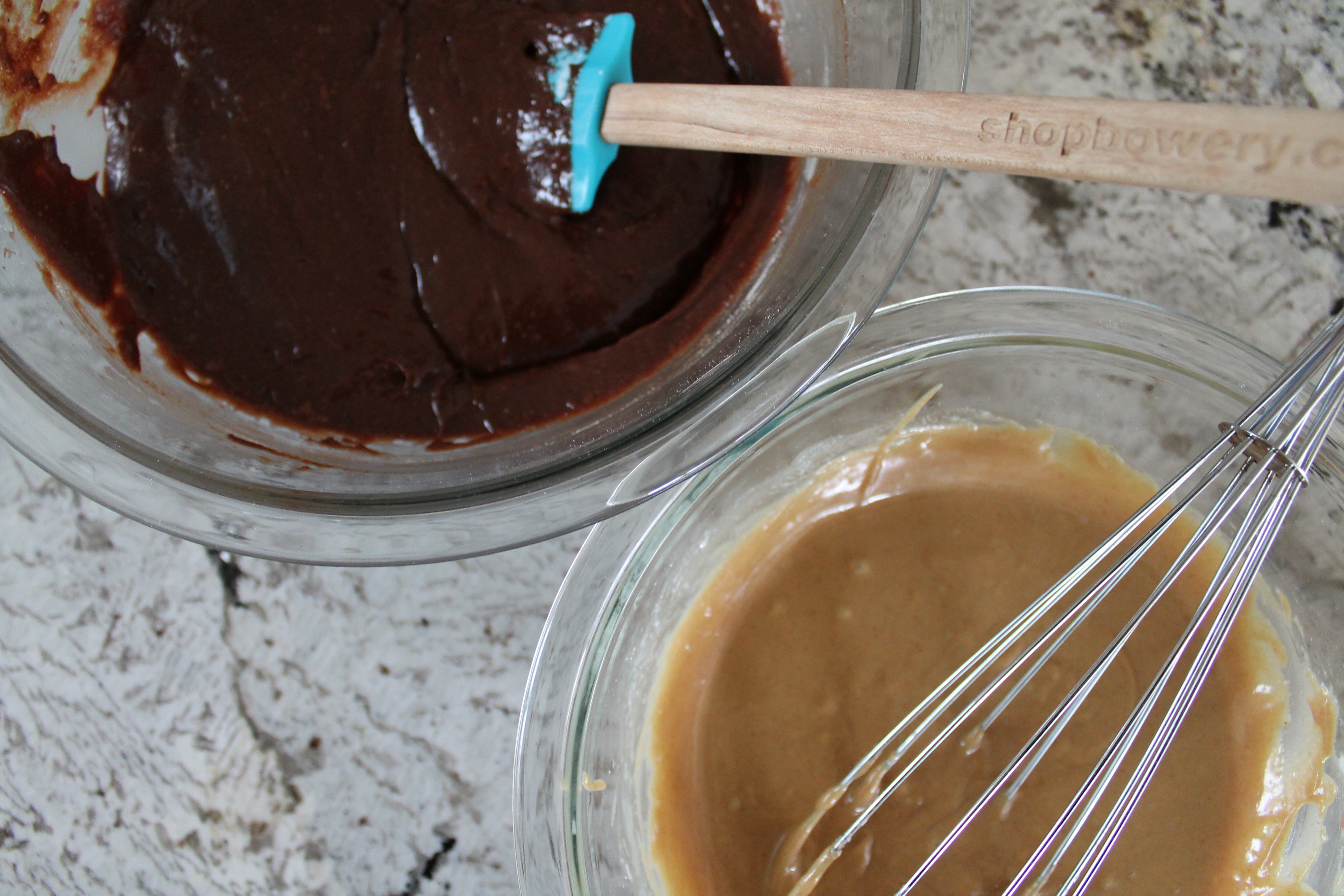 The tricky part about these brownies is that the two batters are different consistencies. I suspect we may have just worked too slowly (preschoolers have that effect on baking sometimes) as we were mixing everything together, thus allowing the chocolate to set, but the chocolate batter was quite thick and the peanut butter was quite thin. Ideally the two would be about the same consistency, but in the event that that’s impossible, I think a thicker peanut butter would also be easier to work with than a thicker chocolate. So I am going to recommend that you work in the opposite order of what we did and start with the peanut butter!

We really love salty peanut butter together with dark, sweet chocolate, so we recommend you go for it with the salt here! Simply melt salted butter, then whisk in peanut butter (we are baking, so go for something like Jif or Peter Pan creamy peanut butter, full of added sugars and fats, rather than the more wholesome all-natural stuff), confectioner’s sugar, salt (yes, more!), and vanilla extract.

Set the PB aside and make the brownie batter. 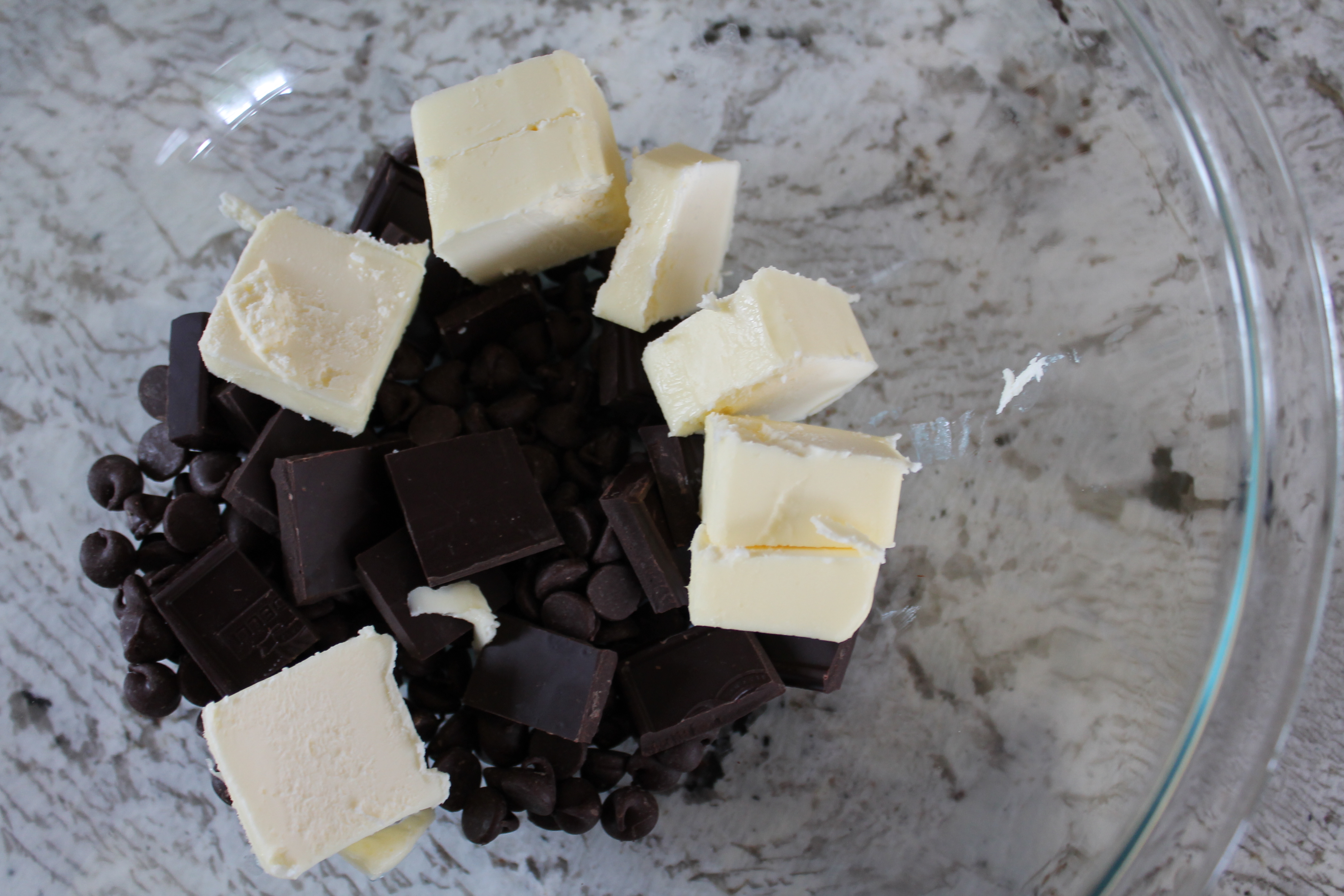 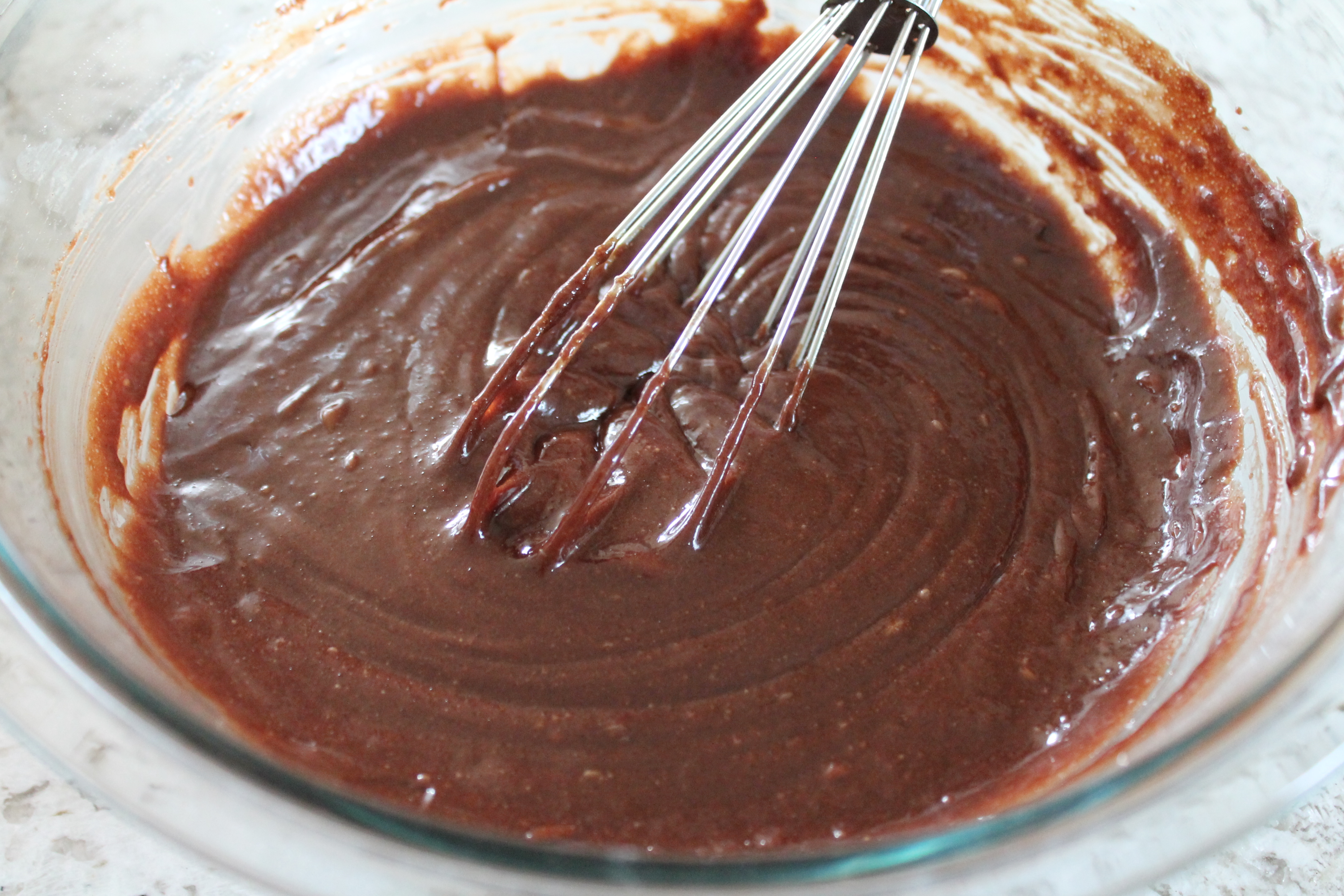 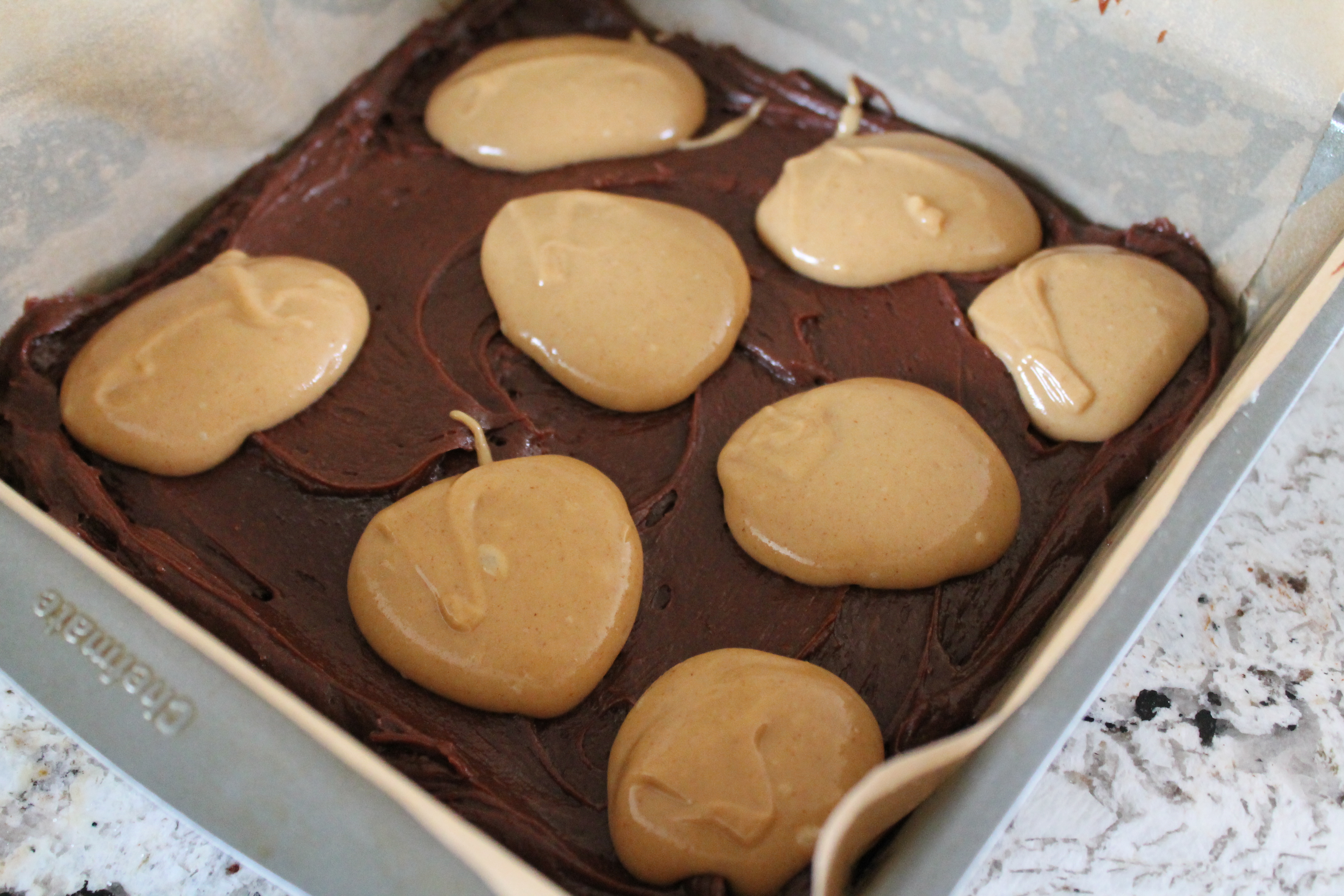 Now comes the tricky part: swirling. I kind of hate swirled brownies, because I have a tendency to over-swirl and ultimately make the brownies look muddy rather than elegant. This recipe increased that challenge, because the two batters were totally different consistencies. In the end, they were super delicious, but not quite as beautiful as I would have hoped.

Here’s what Sarah and I concluded: you can do Martha’s 4-layer technique (which we did), layering brownie batter and peanut butter twice and then swirling by drawing a big M in the pan with a small spatula, but this really works best if the two batters are exactly the same thickness. Also, it will make the brownies a bit more crumbly, because the internal peanut butter swirls don’t stick together as well as the chocolate. Or, if the two batters are not the same consistency, as ours weren’t it would be much easier to spread the entire brownie batter in the pan, followed by the peanut butter in large dollops, then use a spoon or spatula in a vertical zig-zag or scooping motion to bring the chocolate batter up to the top in large swirls. 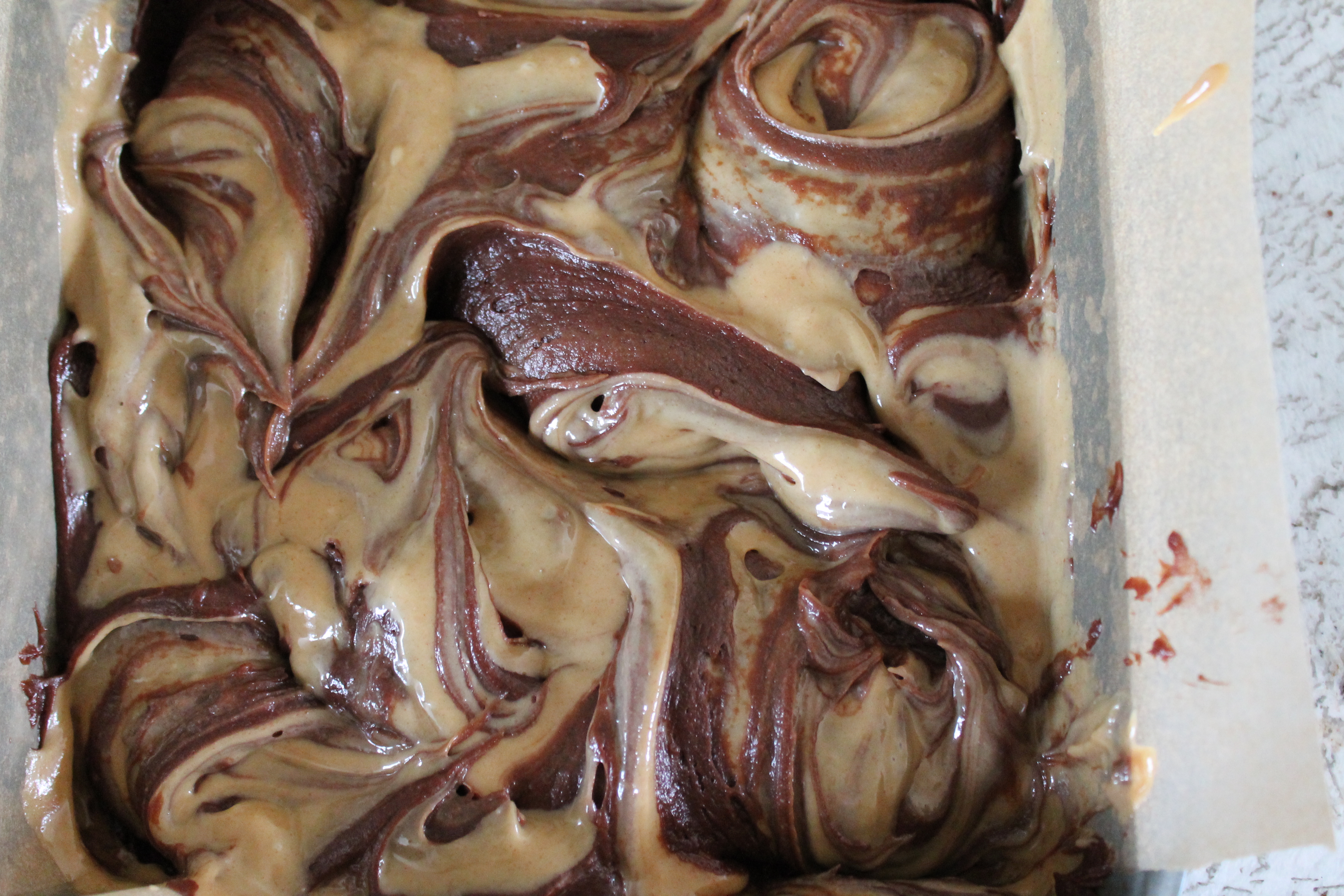 Either way, these brownies will be delicious! 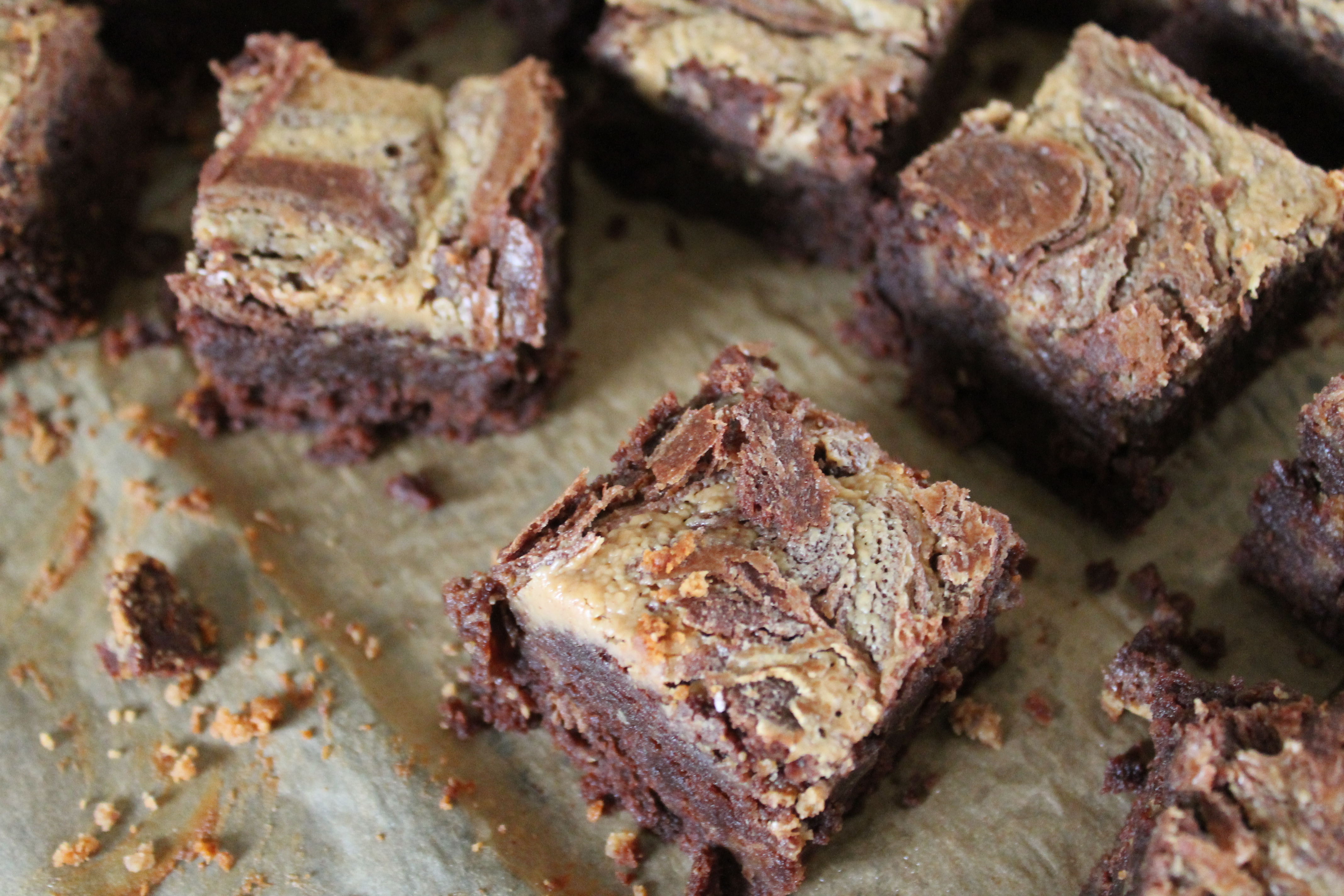 Bake  until just set in the center, about 40 minutes. Let the brownies cool at least 15 minutes in the pan before attempting to lift them out and cut them.

I recommend a plastic knife for cutting. 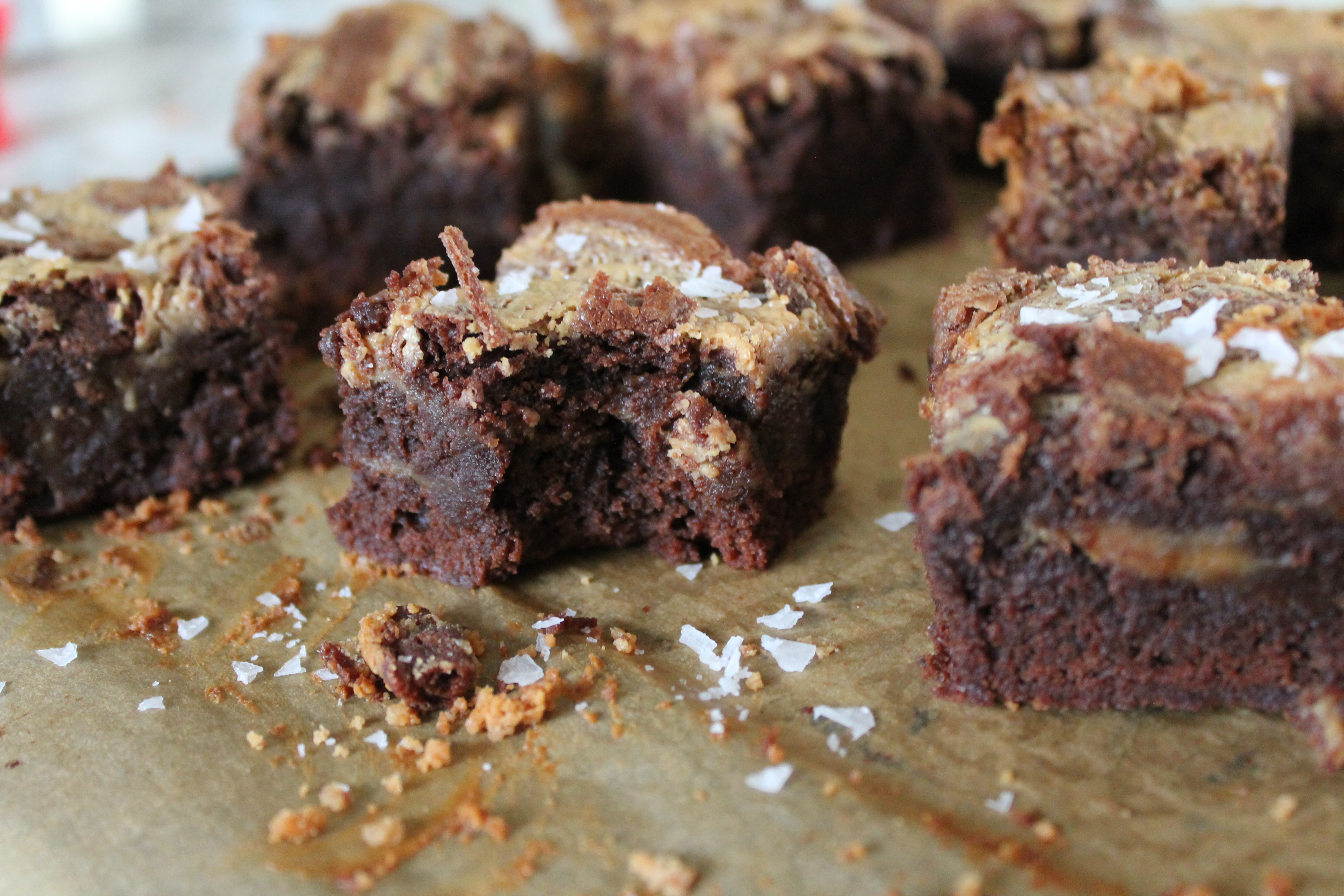 For a little extra wow factor, generously sprinkle the brownies with flaky sea salt! It seriously takes them to the next level.