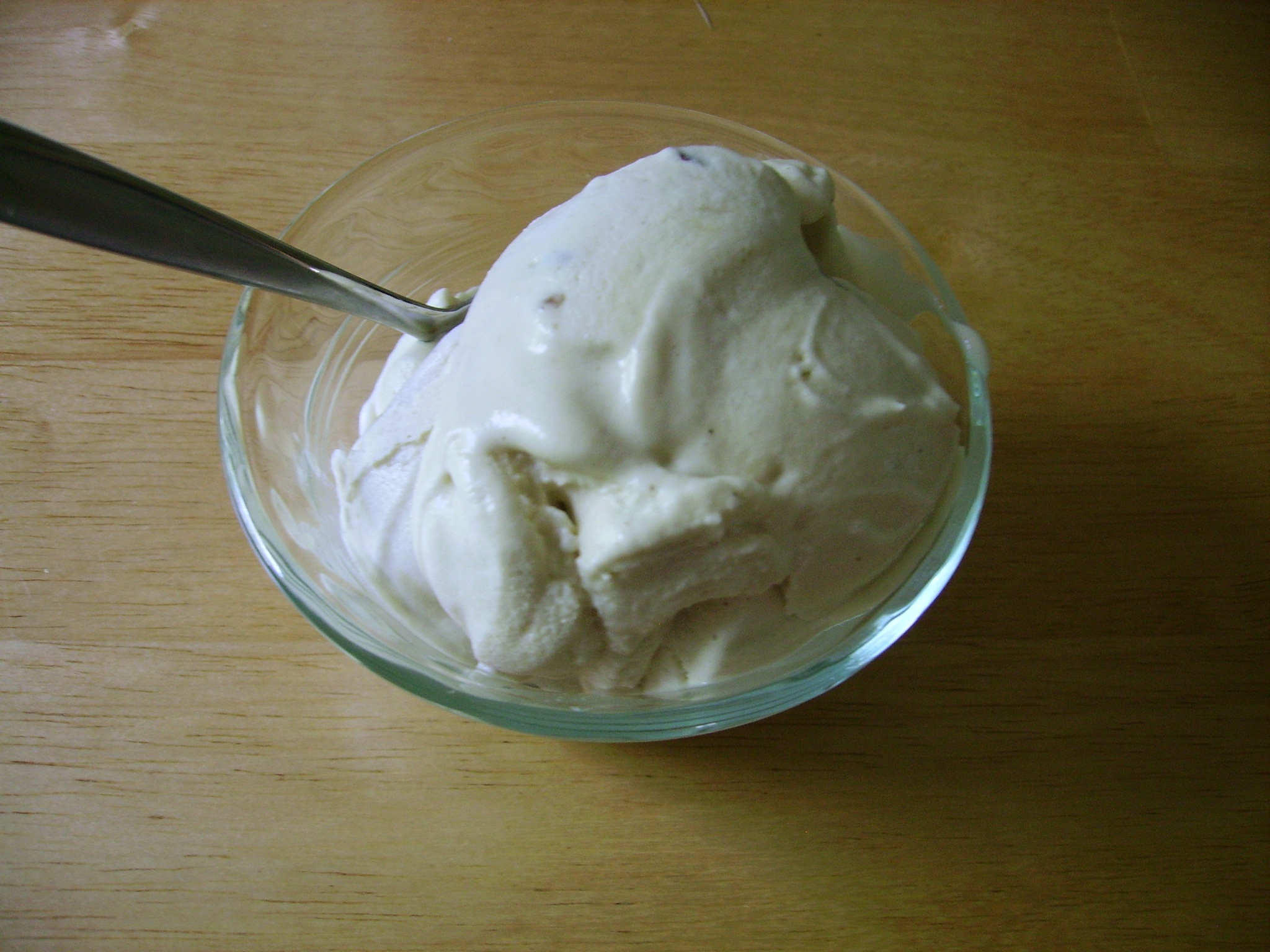 Did you know that July is National Ice Cream Month? Start celebrating!

I have always been curious about butter pecan ice cream. When I was a kid, the name just sounded gross…who wants butter in their ice cream, anyway? But as I’ve gotten older, I learned that sweet and salty can go well together, and–the most significant fact of all–not all butter is salted!

I put butter pecan ice cream out of my mind for a long time…I mean, what good is ice cream if it’s not dark chocolate and filled with fudge and chocolate chunks, anyway? Thankfully, my taste buds grew out of their singular focus on chocolate just a little, enough to let in things like caramel and vanilla. So when I found this recipe for butter pecan ice cream, with a butterscotch custard base, I was intrigued. And boy am I glad I tried this ice cream!

The flavor is creamy and mild, but more complex than your average store-brand butter pecan (which is usually just vanilla ice cream with pecans). You simply must try this, I promise you won’t regret it. Heck, if you don’t have an ice cream maker, give me an excuse to make this again and come over with a giant bowl and a spoon!

This ice cream does have several steps and leaves a wake of dirty dishes. But I promise it’s worth it! 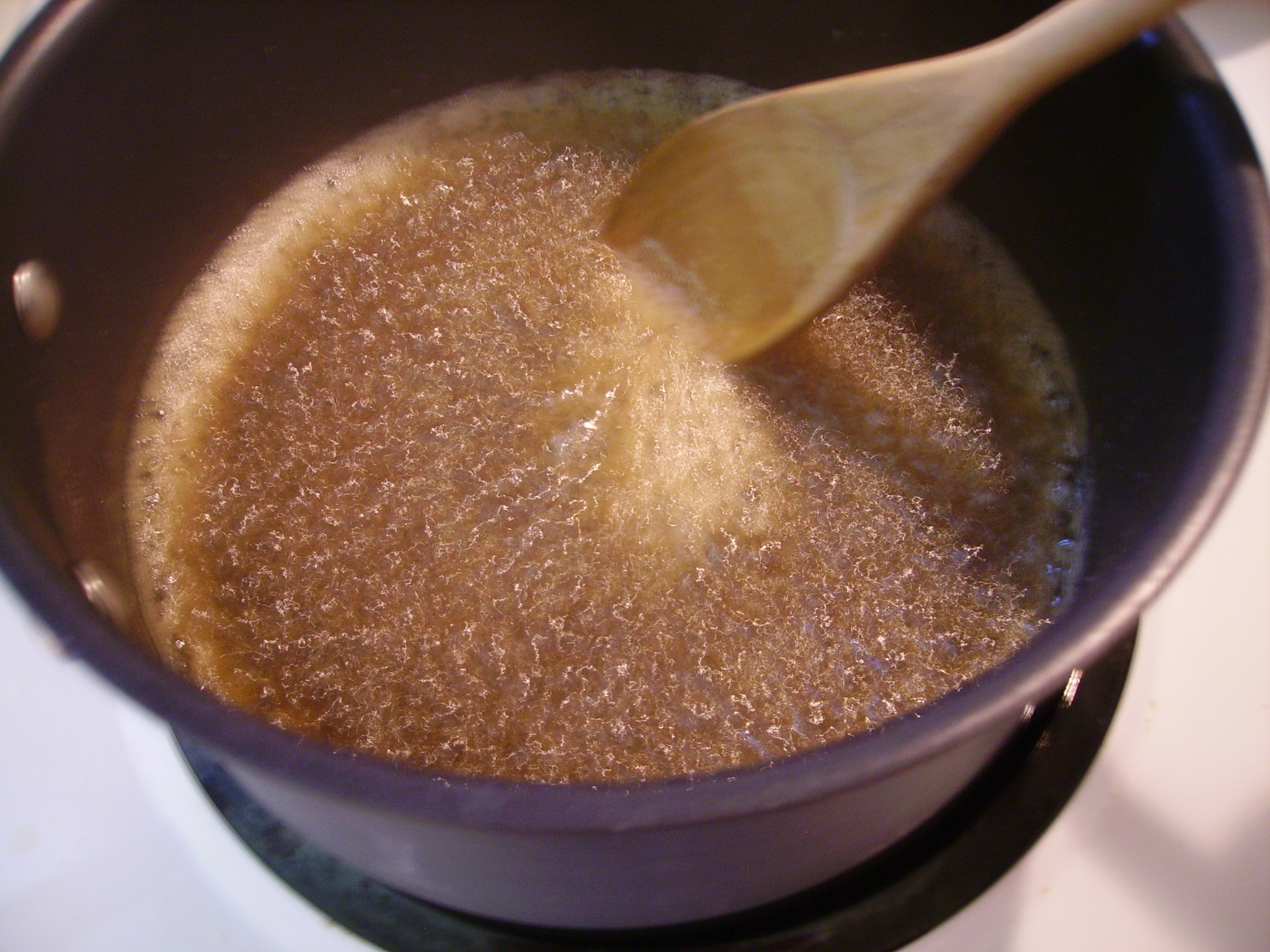 Start by dissolving the brown sugar and salt in water over medium-high heat. Bring to a boil, stirring constantly, and continue boiling for 2 minutes.

Meanwhile, whisk the eggs in a small bowl. Make sure the bowl can work as a double boiler (i.e., will fit over a saucepan filled with ½″ water without touching the water). 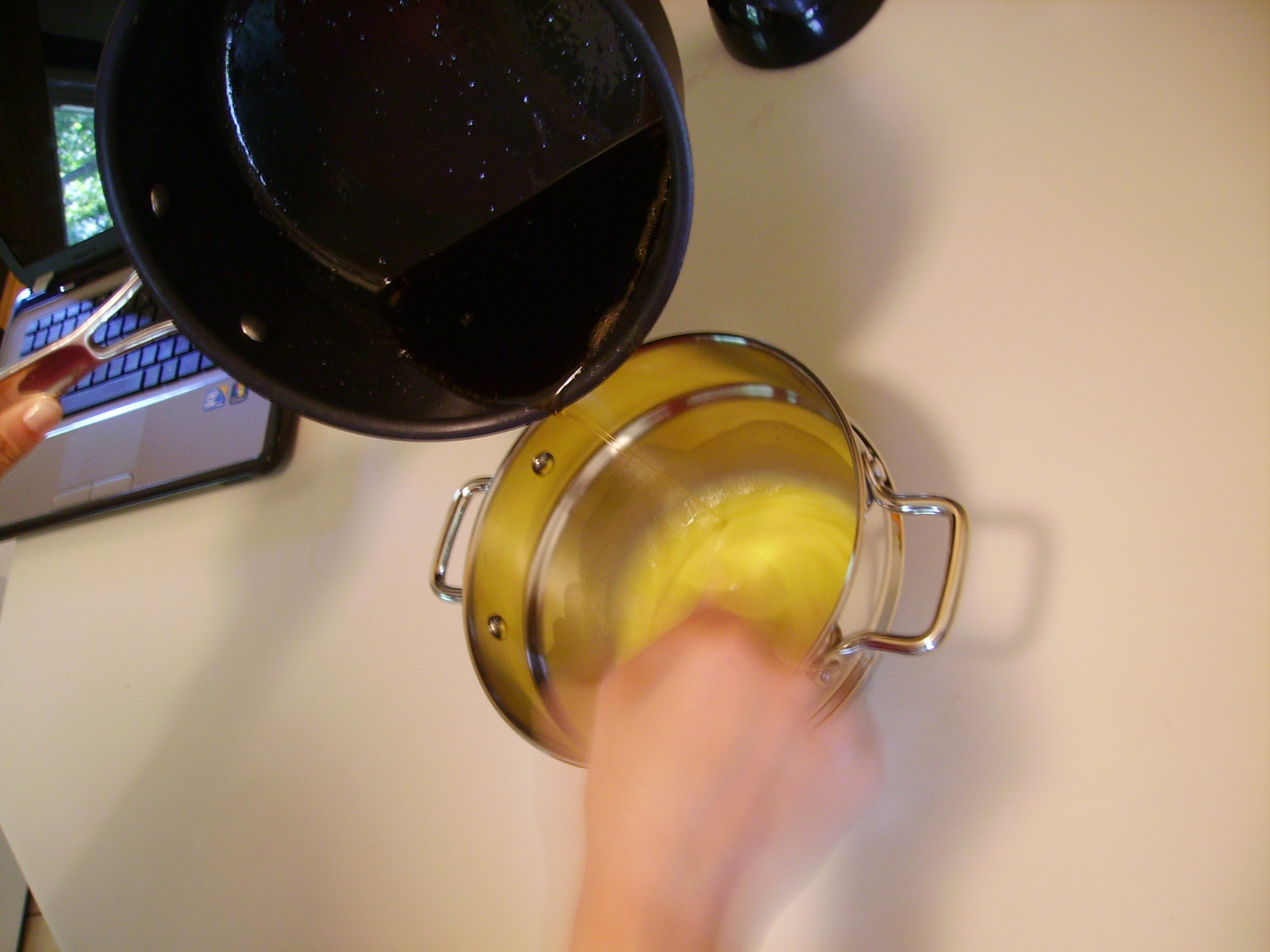 When the sugar syrup has boiled for 2 minutes, begin to pour VERY slowly into the eggs, whisking constantly. Pour just a little at a time to prevent the eggs from cooking. When about half of the syrup is in, pour more quickly, still whisking. When all of the syrup is in the bowl, set the bowl atop a small saucepan with a shallow layer of boiling water. 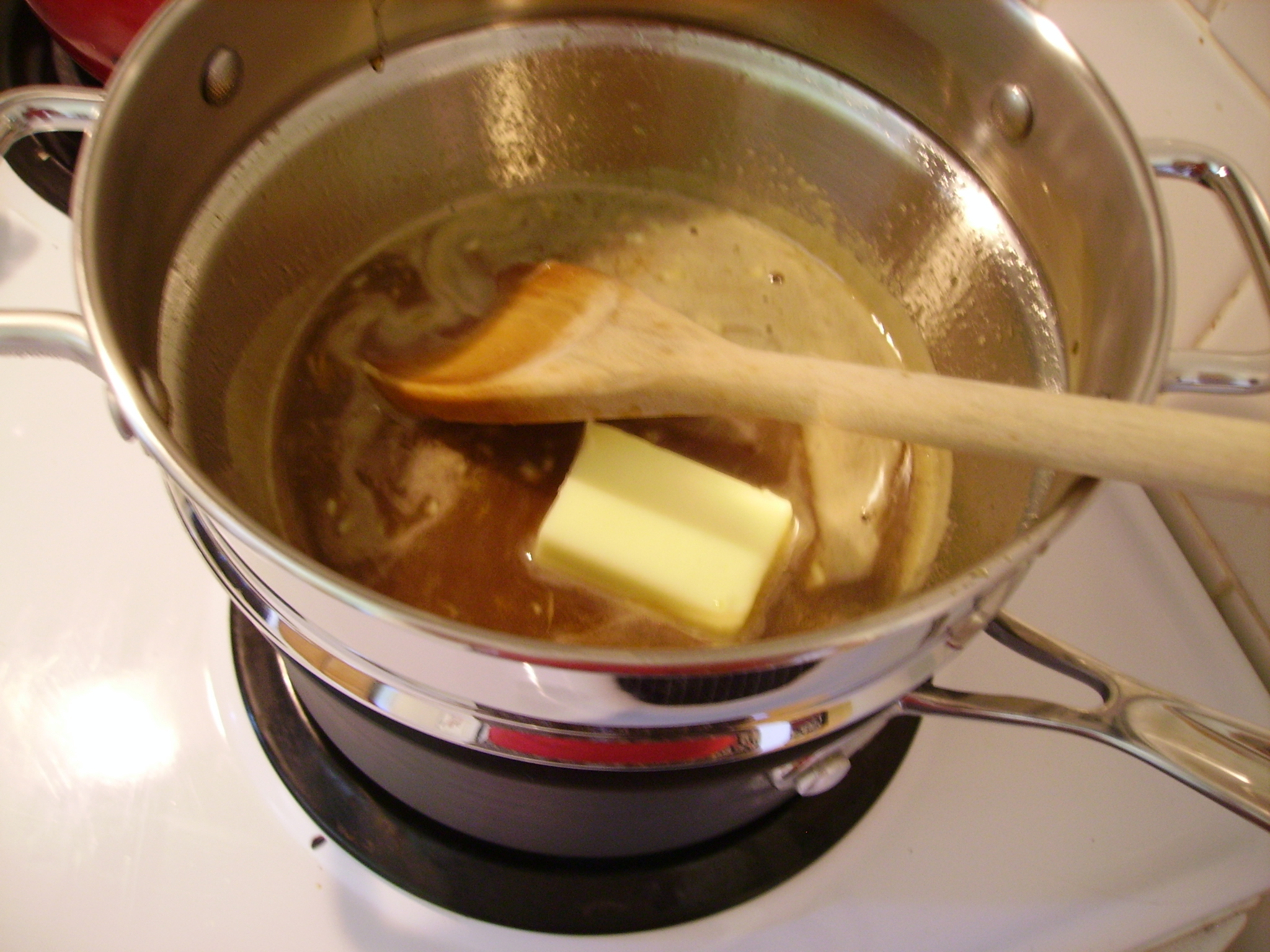 Stir the custard with a wooden spoon or spatula. Heat to about 175°, or until it coats the back of the spoon. Do not let the custard boil. When it reaches the right temperature/consistency, drop in the butter and stir until it melts. 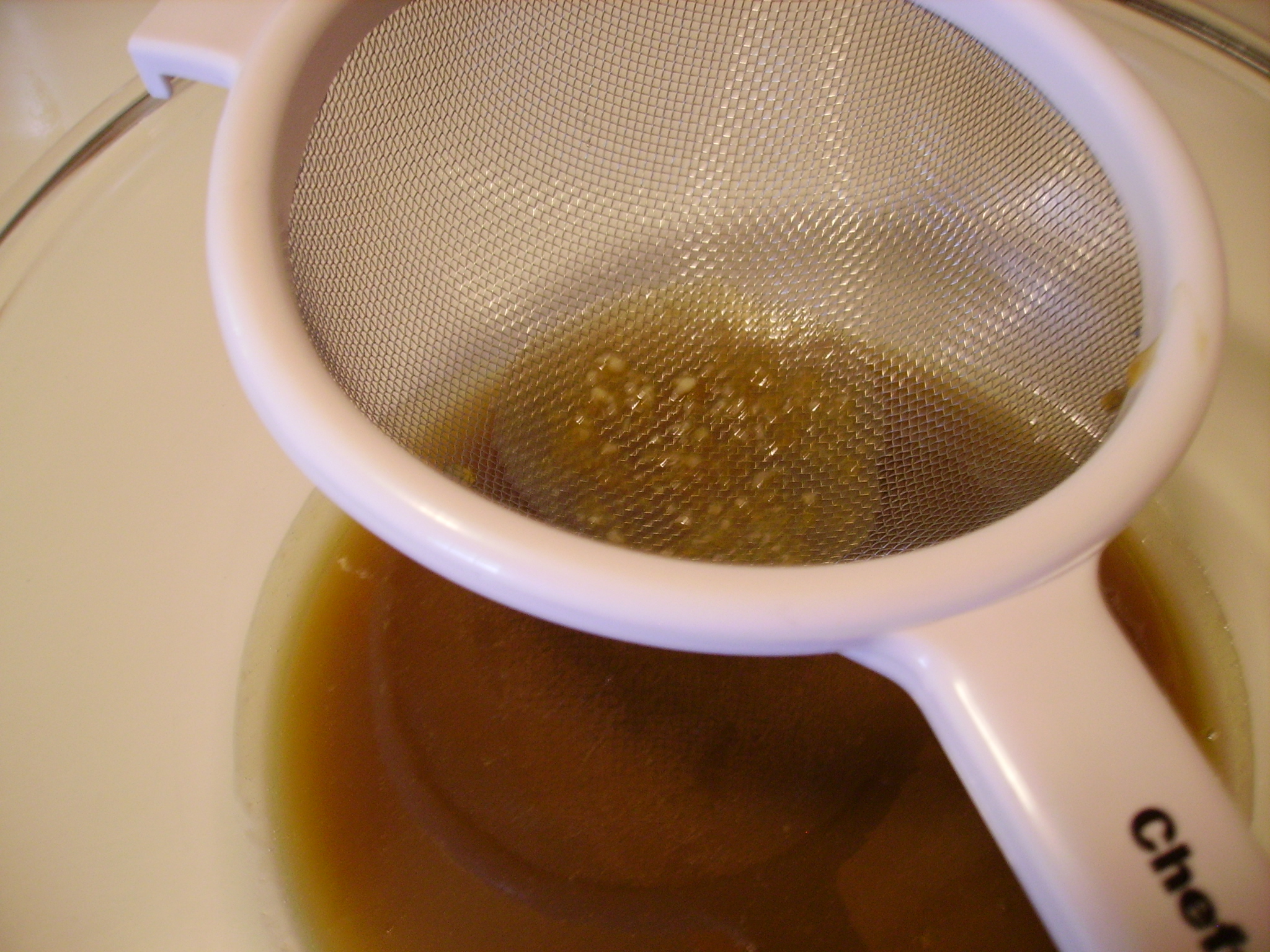 Sieve the custard through a fine mesh strainer into a large bowl, to catch any small pieces of cooked egg. Cover the bowl and refrigerate until cold. 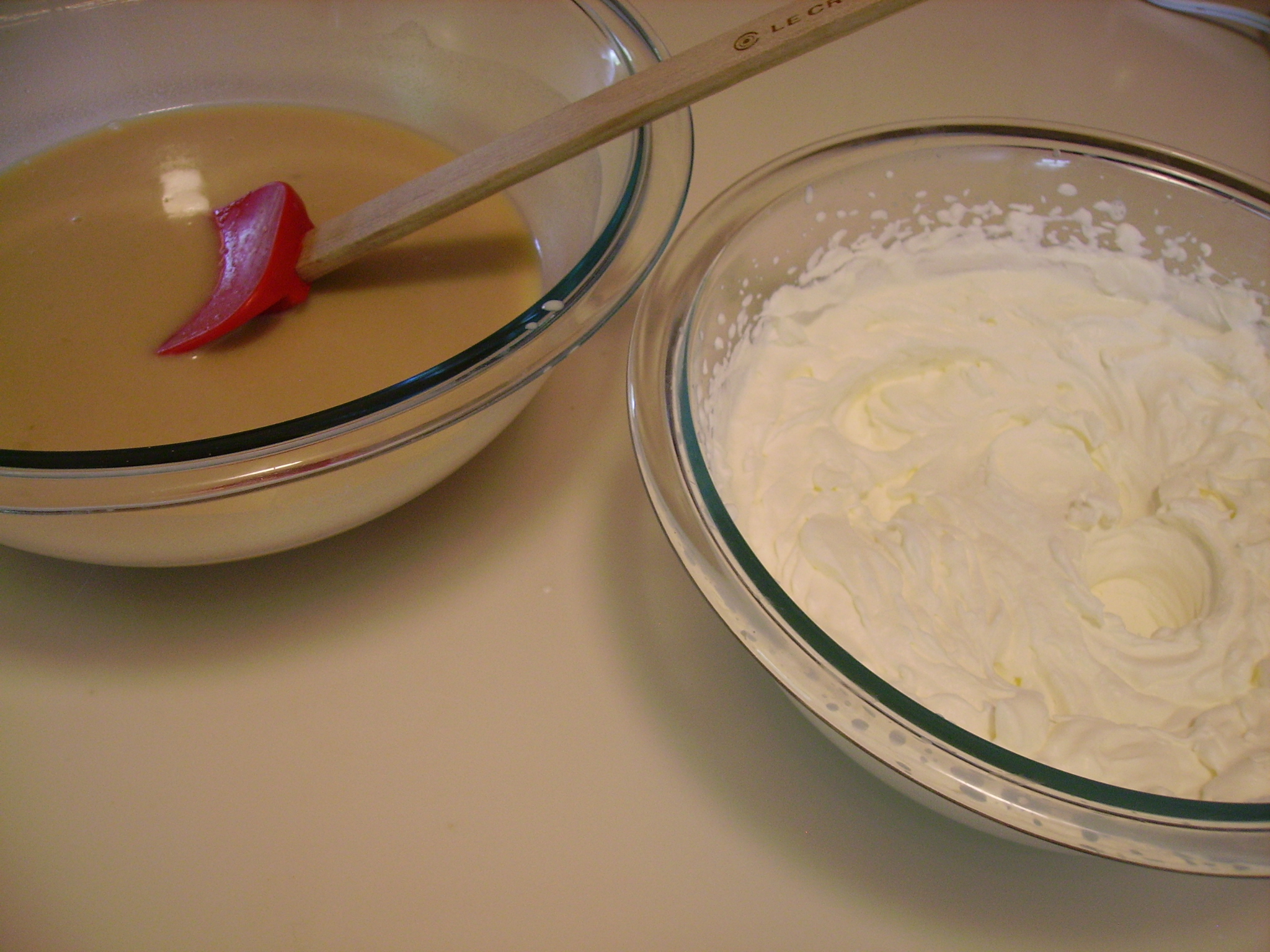 When the custard is cold (about 30 minutes to an hour later), stir in the milk and vanilla.

In a separate bowl, beat the cream until stiff. Fold into the custard. 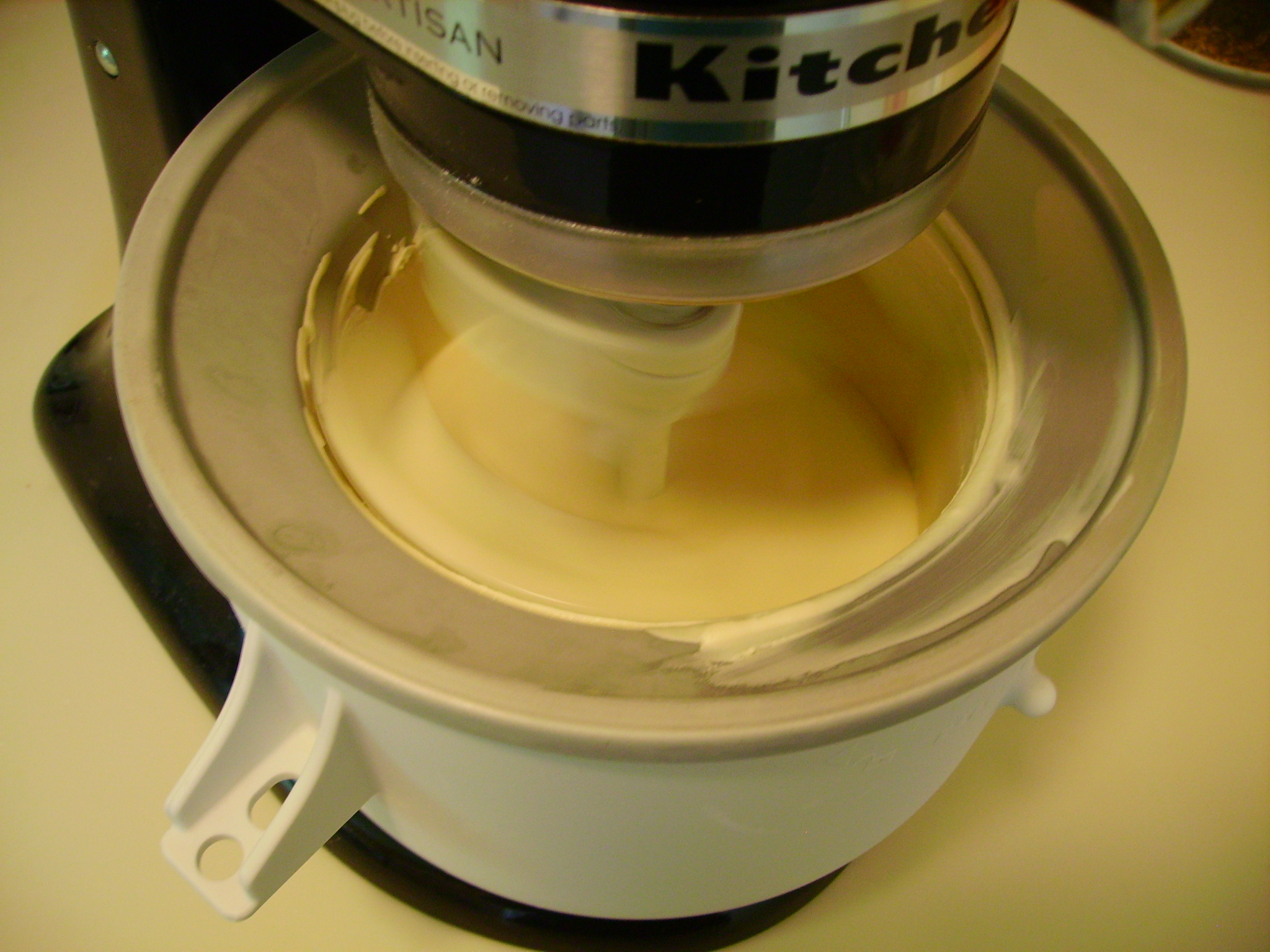 Freeze the ice cream according to your ice cream maker’s instructions. In general, I like to store my Kitchenaid ice cream maker bowl in the freezer, that way it is always ready to go. Make sure, if you use a liquid-filled ice cream maker, that you plan ahead 🙂 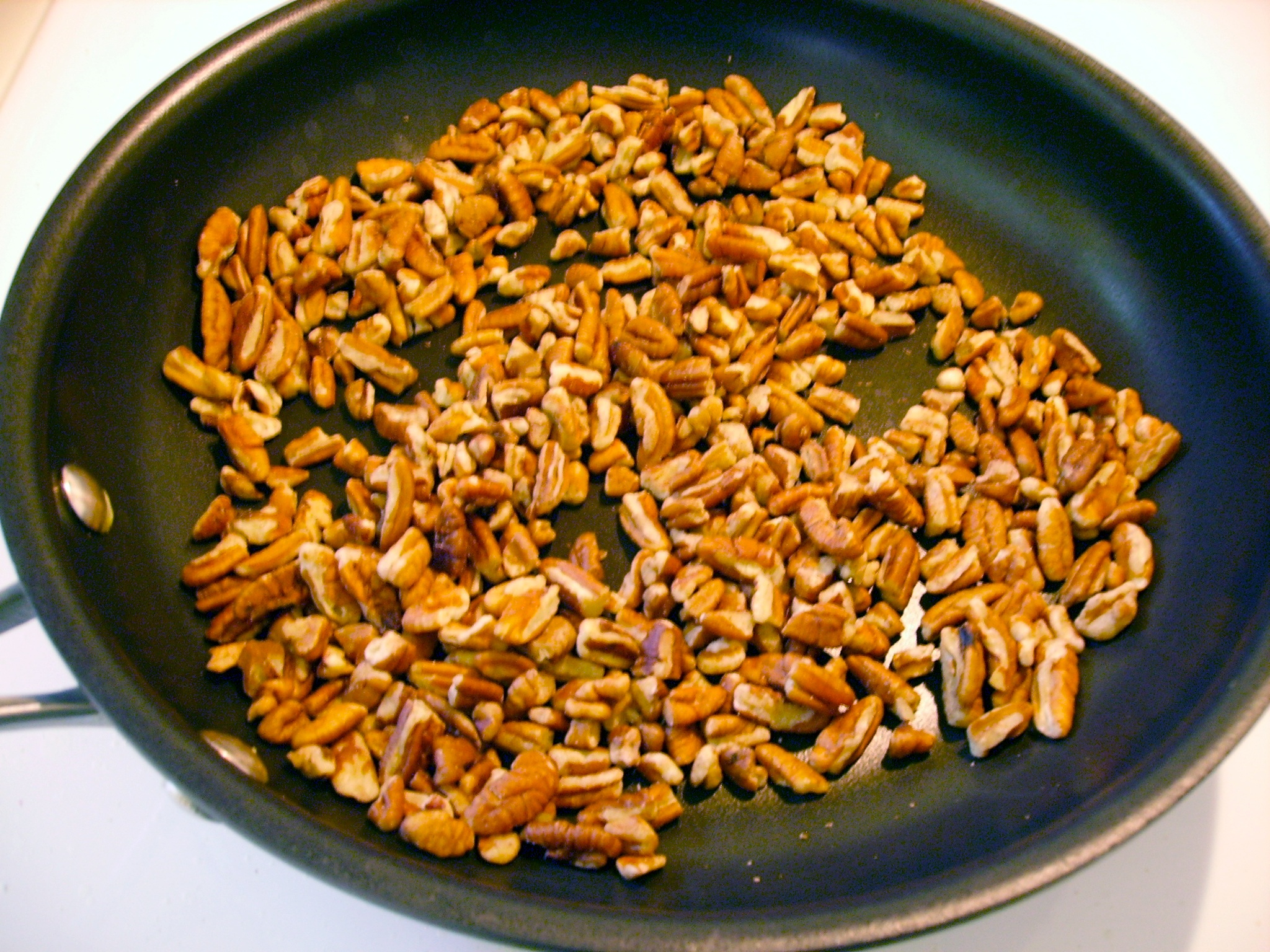 Meanwhile, toast the pecans. You want them to be thoroughly toasted, so they will stay crisp in the ice cream rather than being soggy and/or chewy. Make sure you stir constantly, and have a plate or bowl at the ready to transfer the pecans when they are ready. Do not burn the pecans! 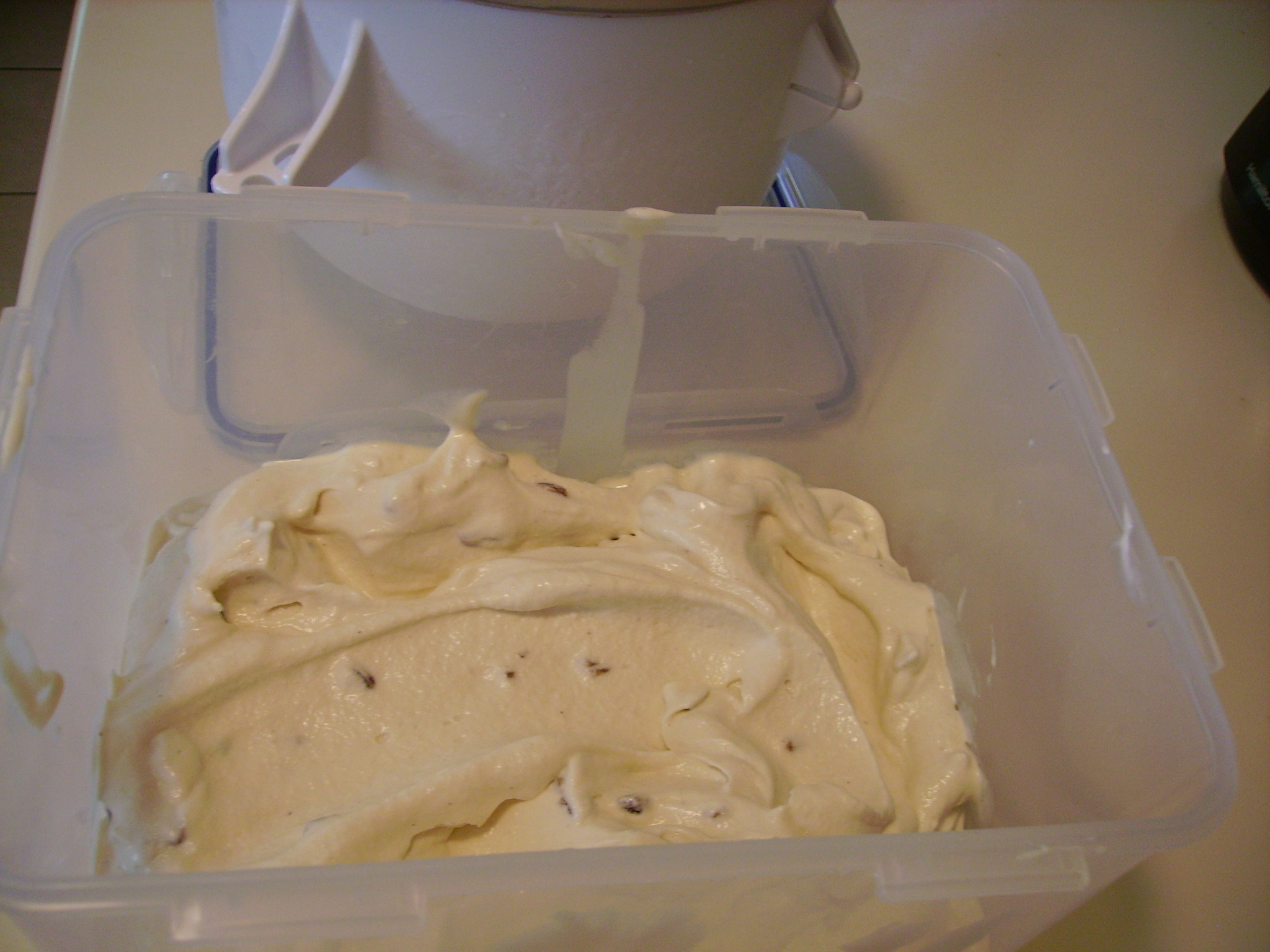 When the ice cream is ready, stir in the toasted pecans and transfer to a wide, shallow storage container. Store ice cream in the freezer for at least 1 hour before serving.

Directions:
Make sure your ice cream maker is prepared.
In a small saucepan, dissolve the sugar and salt in water over medium heat. Bring the syrup to a boil, stirring constantly. Boil the syrup for 2 minutes.
Meanwhile, whisk the eggs together in a medium bowl (a double boiler is ideal). Slowly beat in the hot syrup, whisking constantly to prevent the eggs from cooking.
Cook the egg mixture over boiling water, stirring constantly, until the mixture reaches 175° and coats the back of a spoon. Do not allow the mixture to boil. Add the unsalted butter and stir until melted.
Strain the custard through a fine-mesh strainer into a large bowl. Refrigerate until cold.
When the custard is ready, stir in the whole milk and vanilla extract.
In a separate bowl, beat the heavy cream until soft peaks form. Fold it into the custard.
Churn the ice cream according to your manufacturer’s instructions, probably about 20–30 minutes.
Meanwhile, dry toast the chopped pecans in a small pan. Stir constantly and do not burn the pecans.
Fold the pecans into frozen the ice cream before transferring ice cream to a wide, shallow airtight container. This ice cream is very soft, so freeze at least 1 hour before serving.