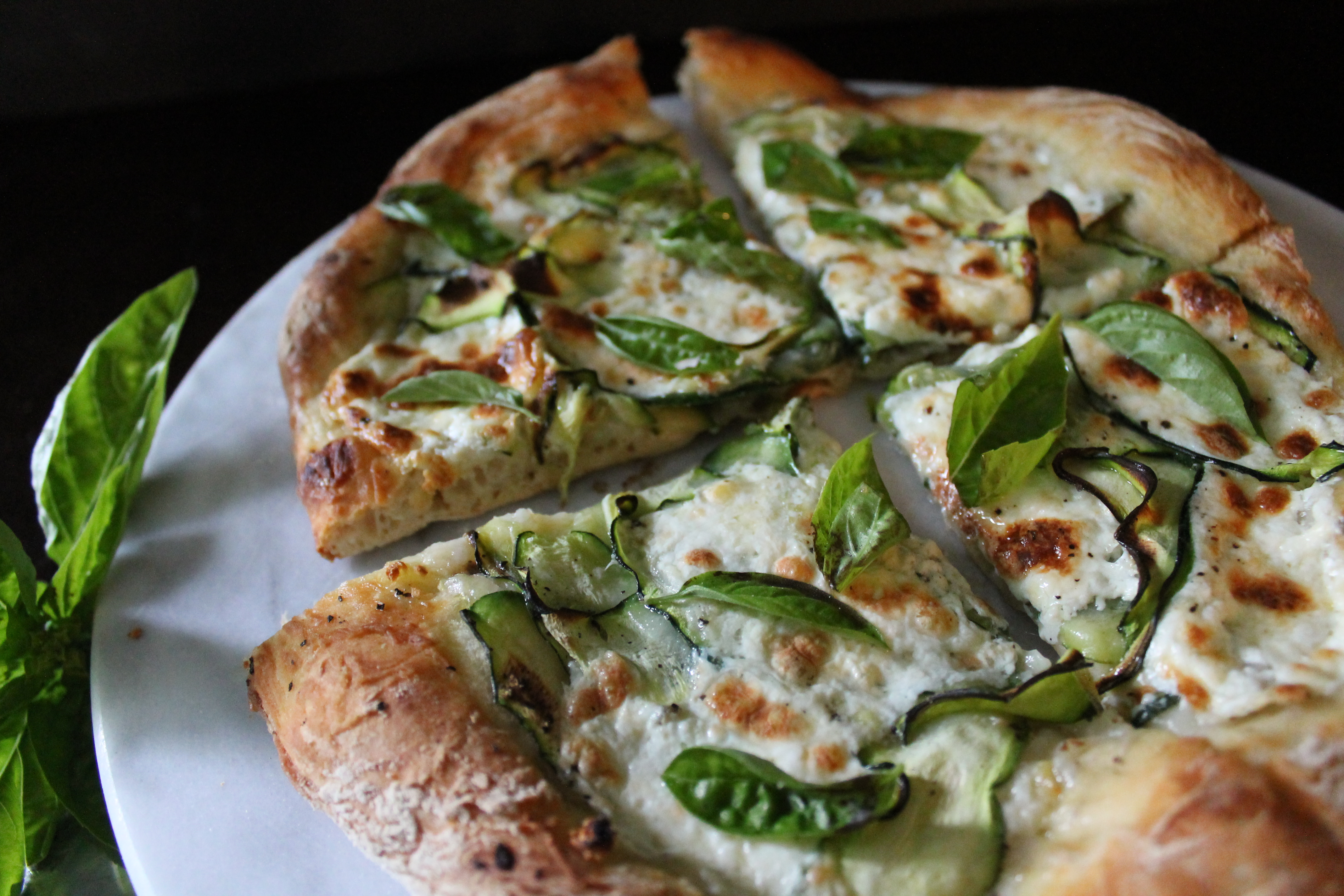 When I was a kid I was a complete bookworm. Also a pizza-holic.

(Imagine my delight when Pizza Hut started rewarding young readers with personal pan pizzas! I had no trouble with that task, none at all.)

I have a vivid memory of the first time I came across the concept of an anchovy: I was (naturally) reading a book in which some of the characters were ordering a pizza. Everyone was stating their preferences, and one person said they would eat anything except anchovies.

I asked my mom what that was, and when she told me anchovies were little fish that some people liked to eat on pizza, I blanched. Gross! Fish on pizza! Who would do that to themselves!? Don’t you people know that the only truly great pizza topping you could ever want is cheese with extra cheese?

P.S., I have no trouble admitting that I am still a bookwork and a pizza-holic. I still love me some cheese pizza. But…I guess I have expanded my palatte a little. You should, too!

I was brave enough to try this pizza because Sarah told me to. She came over and made it with me, and I must say I was pleasantly surprised! The pizza did have a bit of an ocean-tinged flavor, but the single anchovy wasn’t overwhelming. Plus, who can say no to creamy fresh burrata?

(I will admit, though, that Dave has requested I chop up an olive next time instead of a tiny fish filet. You win some, you lose some.)

This pizza couldn’t be easier to make, and I am so serious about that. I started with Jim Lahey’s no-knead dough recipe. If you don’t know it, then you are in for some very exciting homemade pizza crusts in your future. Let me tell you.

NO kneading! NO rolling! Whaaaat!? 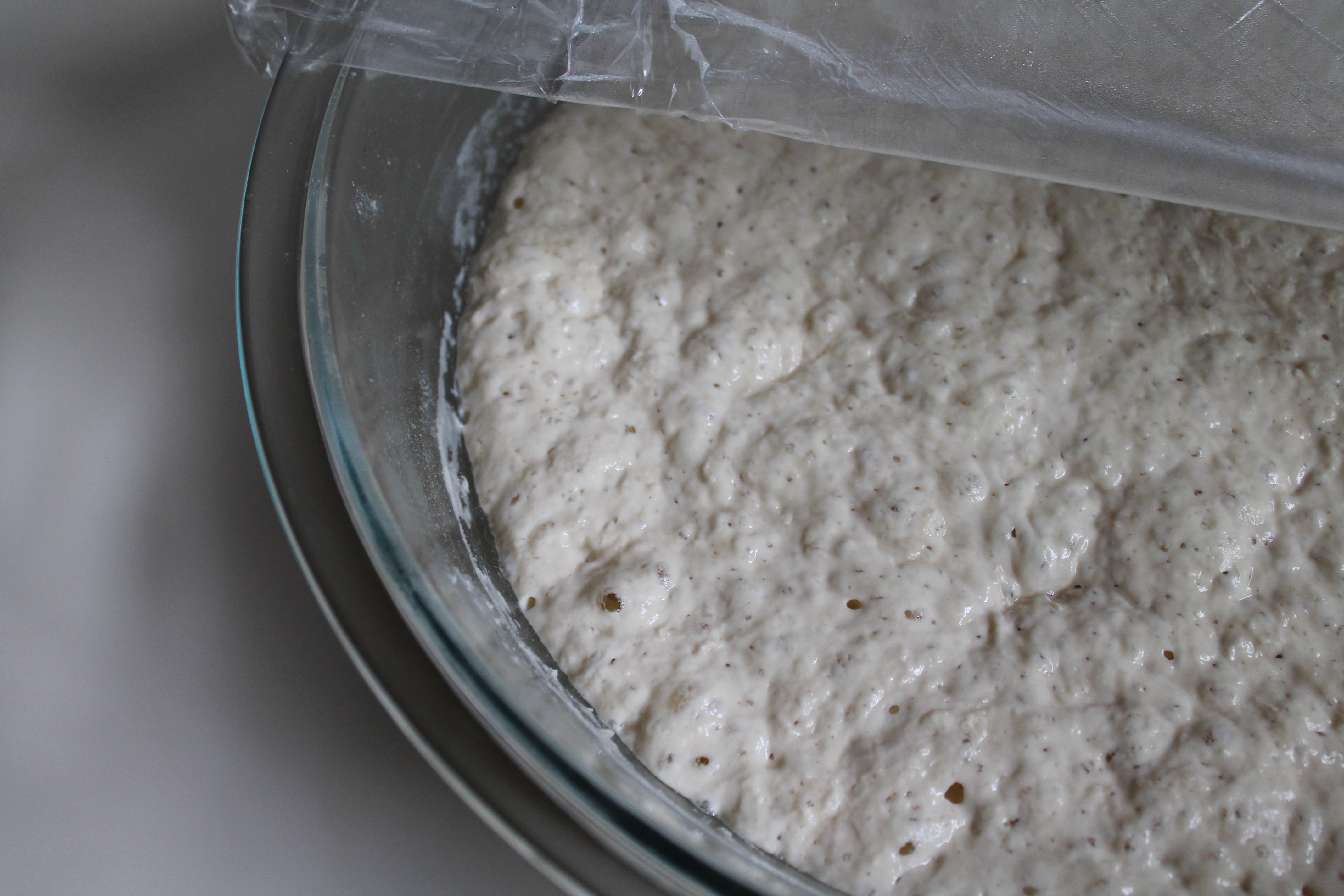 This pizza dough literally makes itself. All you do is mix 4 ingredients in a bowl (flour, yeast, salt, and water), cover the bowl with plastic wrap, and ignore it for 18 hours. The dough will ferment and puff up beautifully. Then all you need to do is grab a lump of it and smush it into a relatively round crust!

I am still working out the kinks of shaping the dough so it doesn’t stretch too much and I don’t pop all the bubbles in the middle, but even so, this is by far the easiest pizza crust I have ever made. I recommend dividing the dough into three balls rather than four, and shaping into a small pizza (no more than 12″ in diameter, and 10″ is better so the center of the crust isn’t too thin). It ends up making a smaller pizza, but you still will have two more crusts you could make! I definitely think you should try it out! 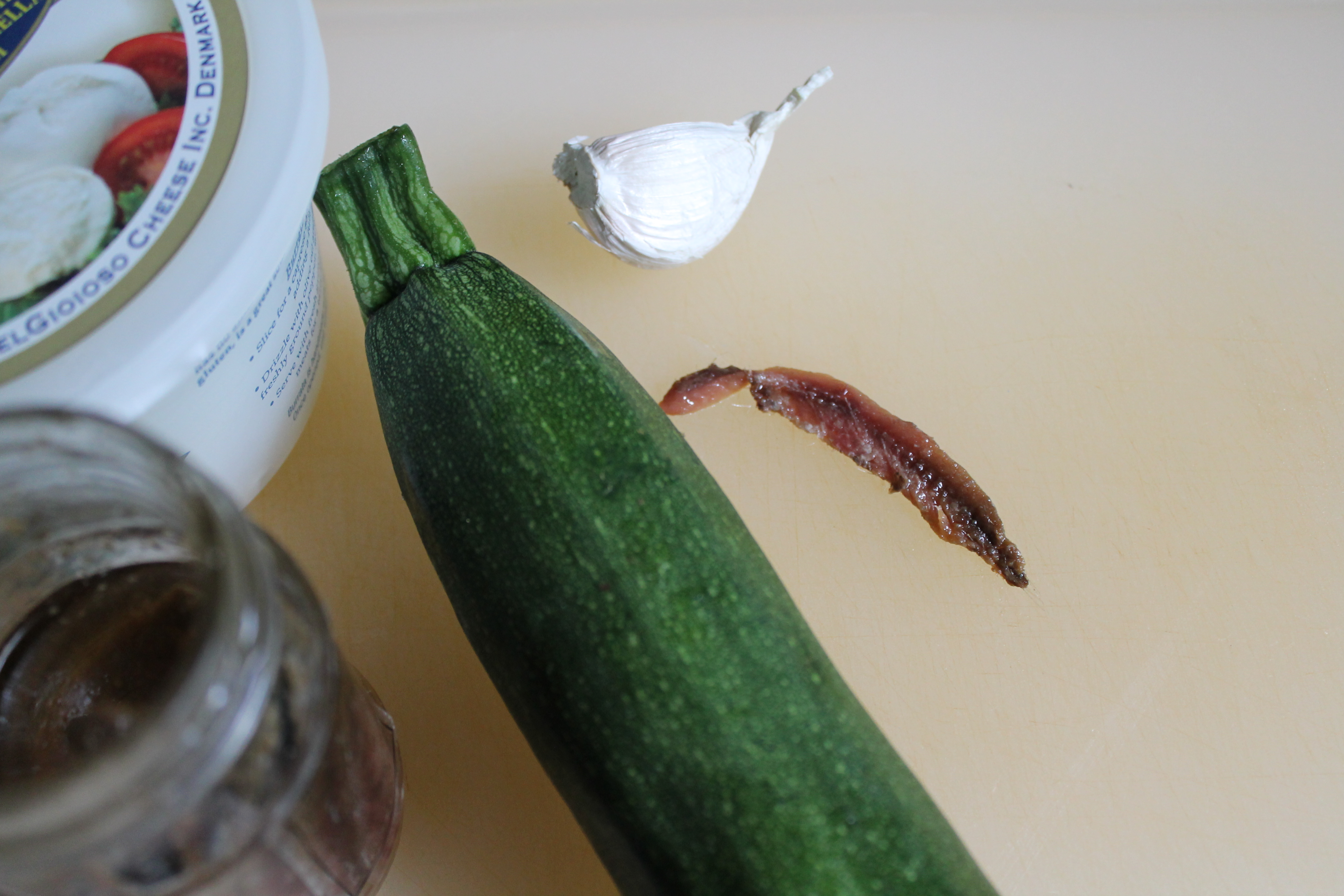 Shave the zucchini into ribbons. I used a vegetable peeler. If shaving a zucchini makes you nervous, you could also thinly slice the zucchini cross-wise. I recommend patting the ribbons dry to remove excess moisture that would make your pizza soggy.

Now mince an anchovy. Seriously, only one. You really don’t want to use more than that, even if you think the pizza looks a bit sparse, because otherwise the pizza will turn super fishy. 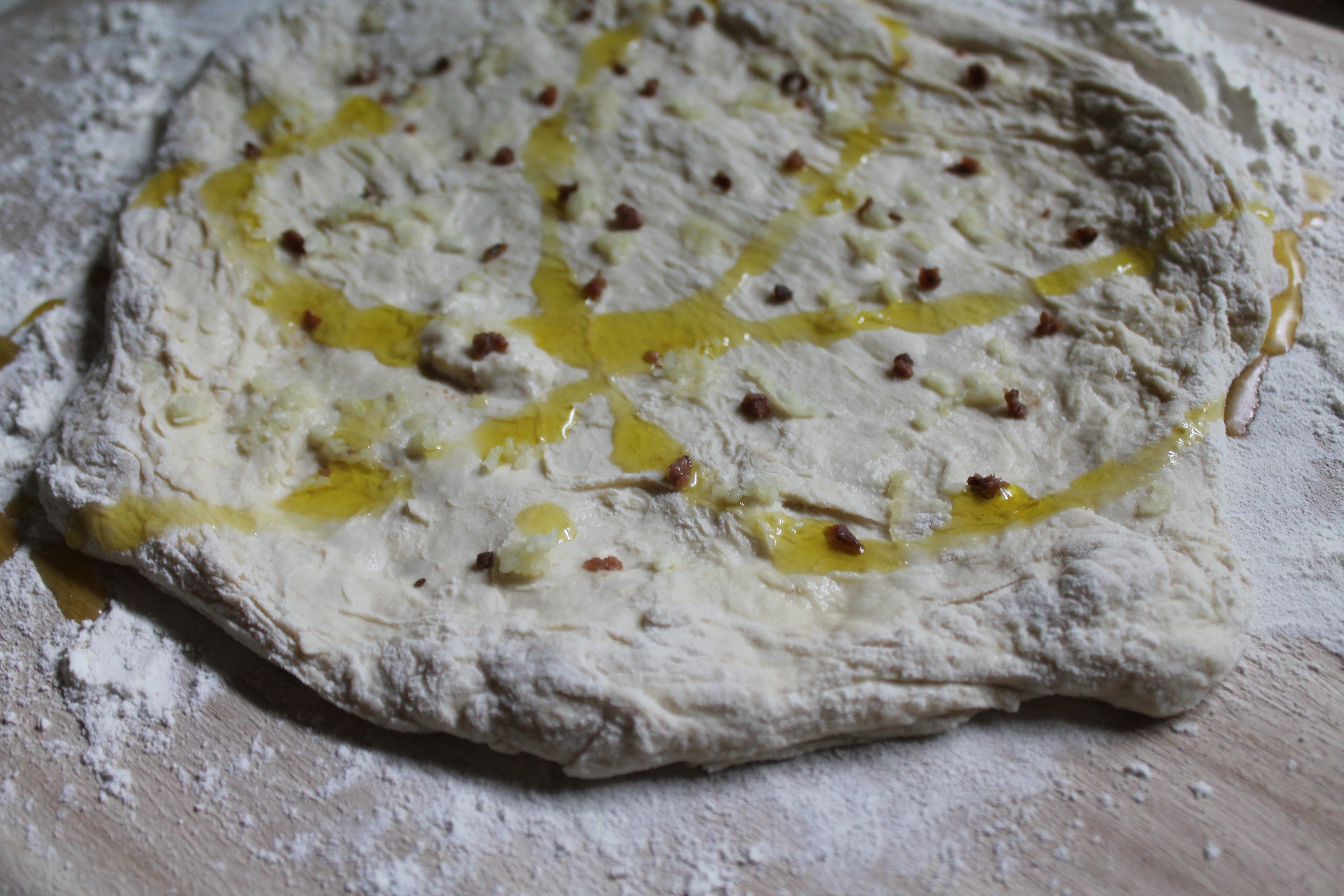 Sprinkle the anchovy pieces as well as minced garlic over the shaped pizza crust. Drizzle lightly with olive oil. 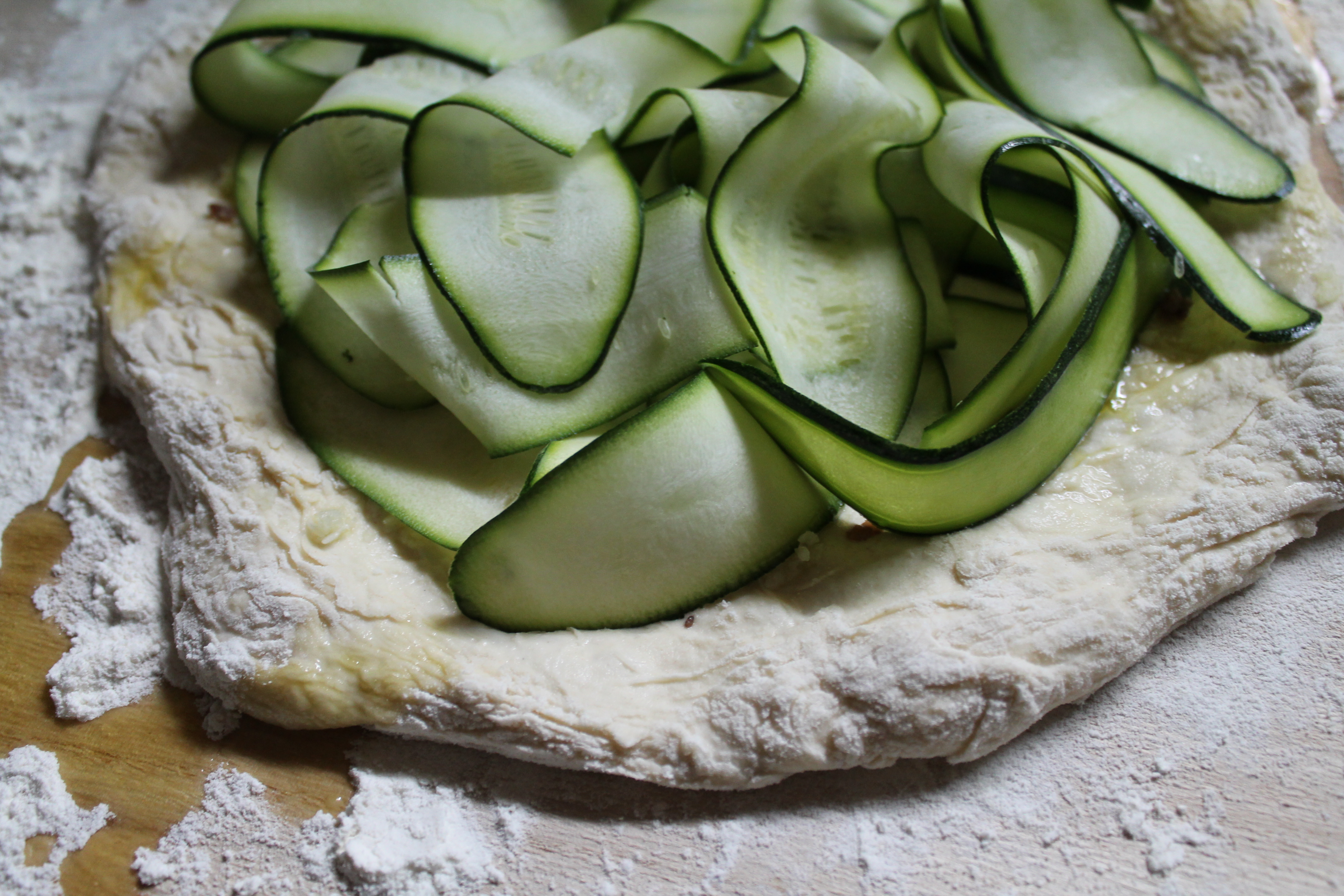 Arrange the zucchini ribbons artfully over the crust. 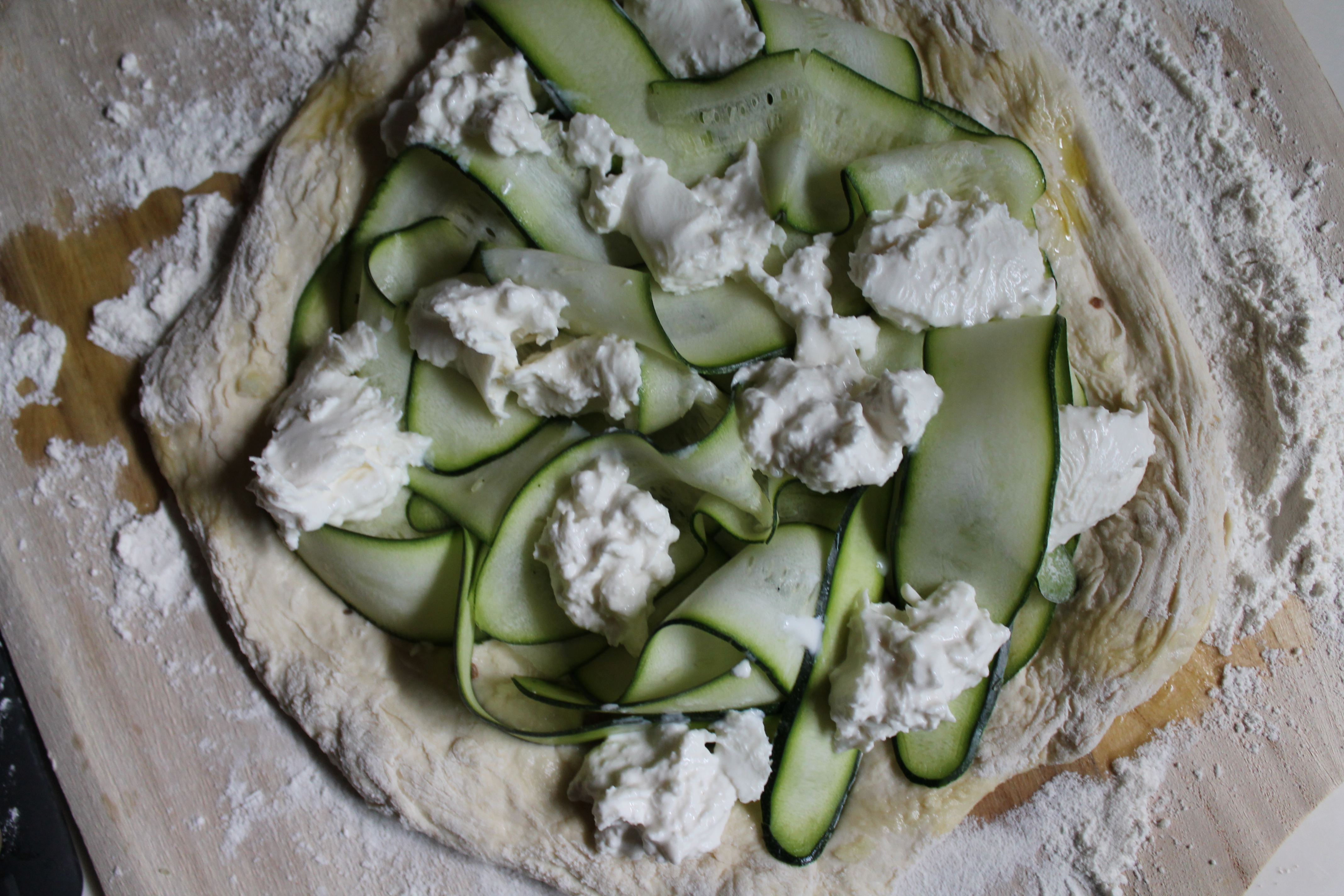 Tear the burrata into large chunks and drop over the pizza. Burrata is delicious: mozzarella infused with cream. As it bakes, it almost sauces the pizza! Sprinkle with a little sea salt and freshly ground black pepper (and, if you like, crushed red pepper! yum). 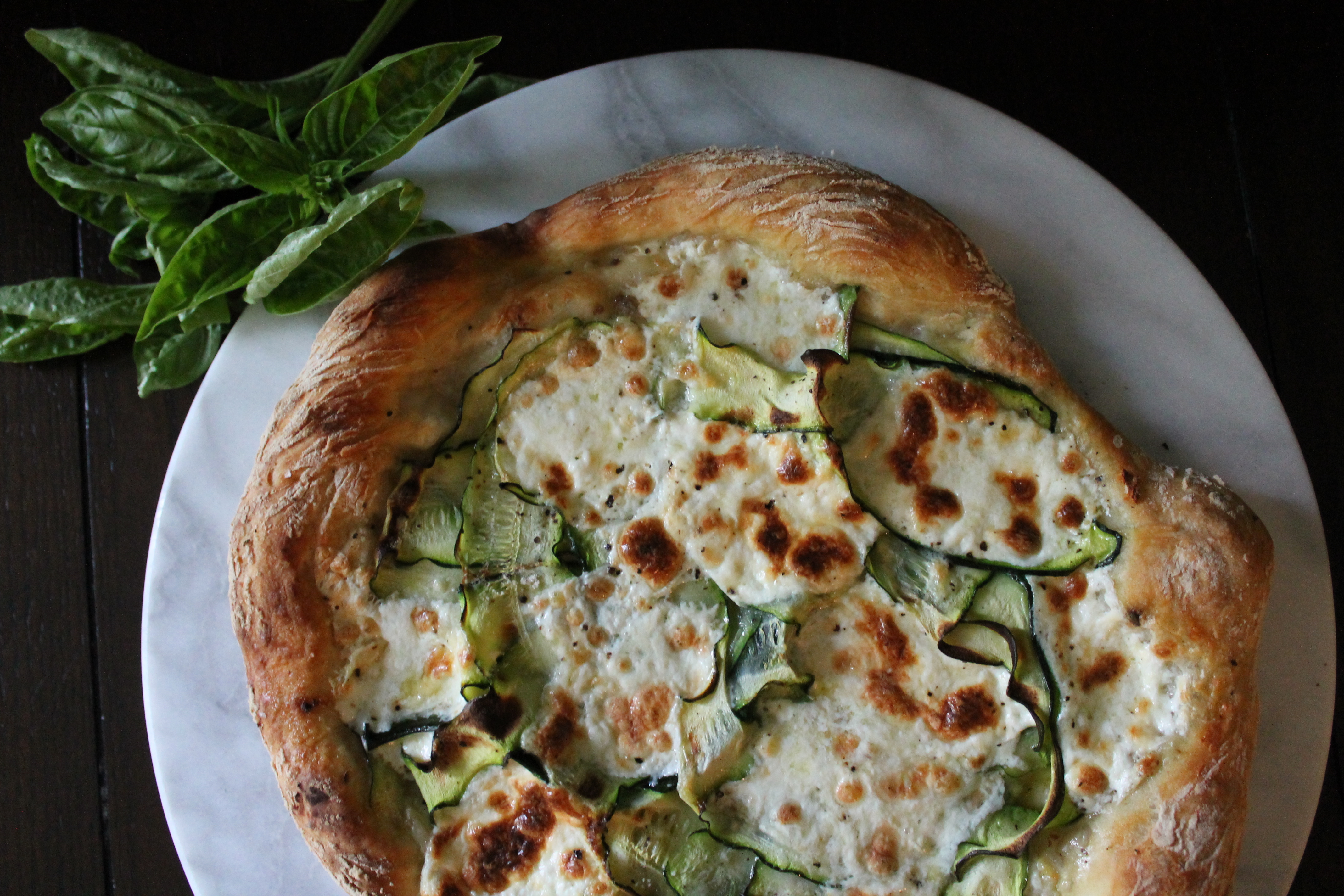 Slide the pizza onto the hot pizza stone. Bake for 7–10 minutes, until the crust and cheese are browned. 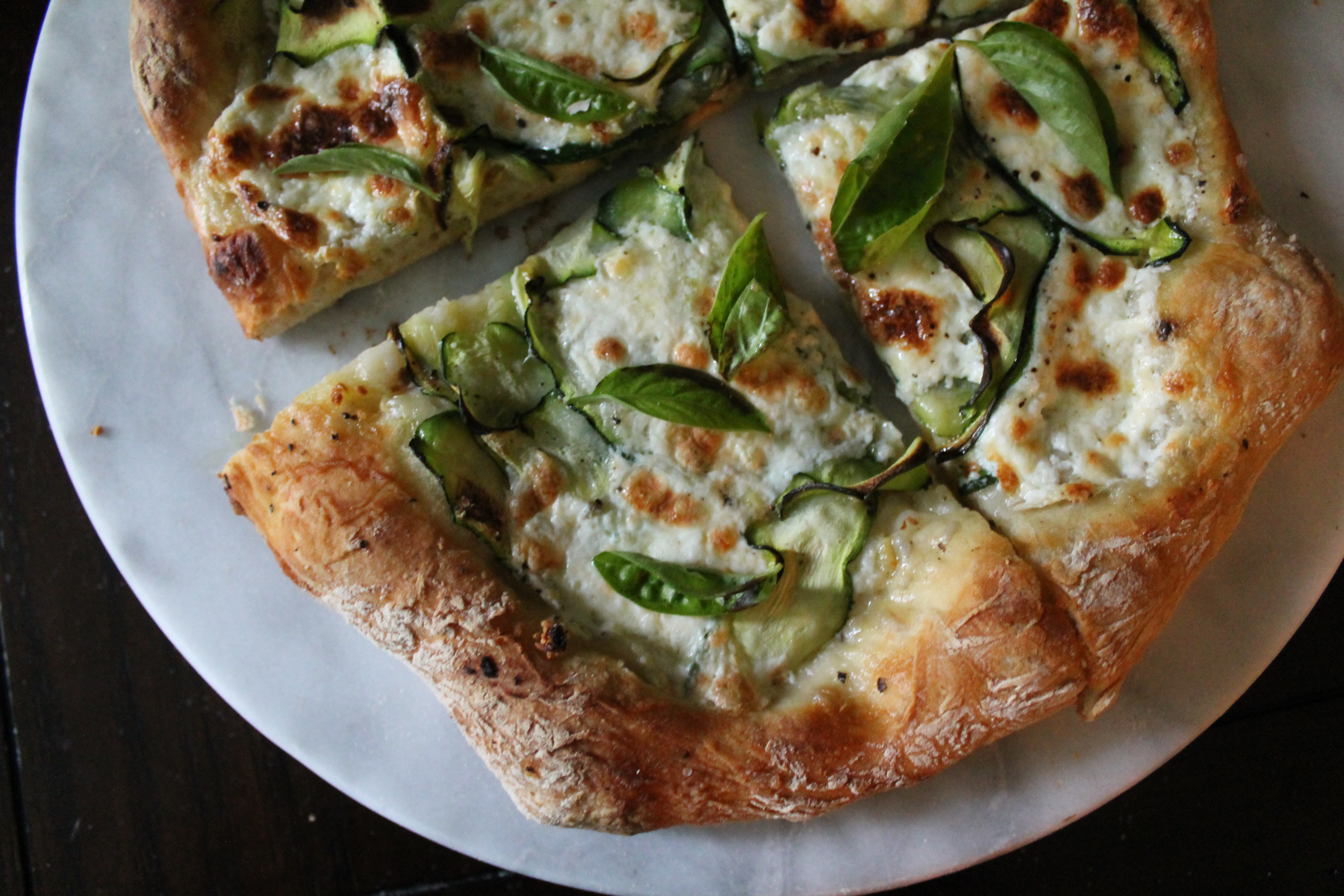 Let the pizza cool at least 5 minutes before sprinkling the fresh basil and slicing.

Directions:
Preheat oven to 500°. Place a pizza stone in the oven to heat.
Gently press the dough into a 10″ round, trying not to pop the bubbles in the dough. Transfer gently to a floured (or cornmeal-covered) pizza peel.
Sprinkle anchovies and garlic over the crust evenly, then drizzle with olive oil.
Top with shaved zucchini and chunks of burrata. Season with salt and black pepper.
Bake for 7–10 minutes, until the crust is puffed and deeply browned. Let the pizza cool for 5 minutes, then top with basil and slice.

2 comments to “The Zucchini Anchovy Pizza”