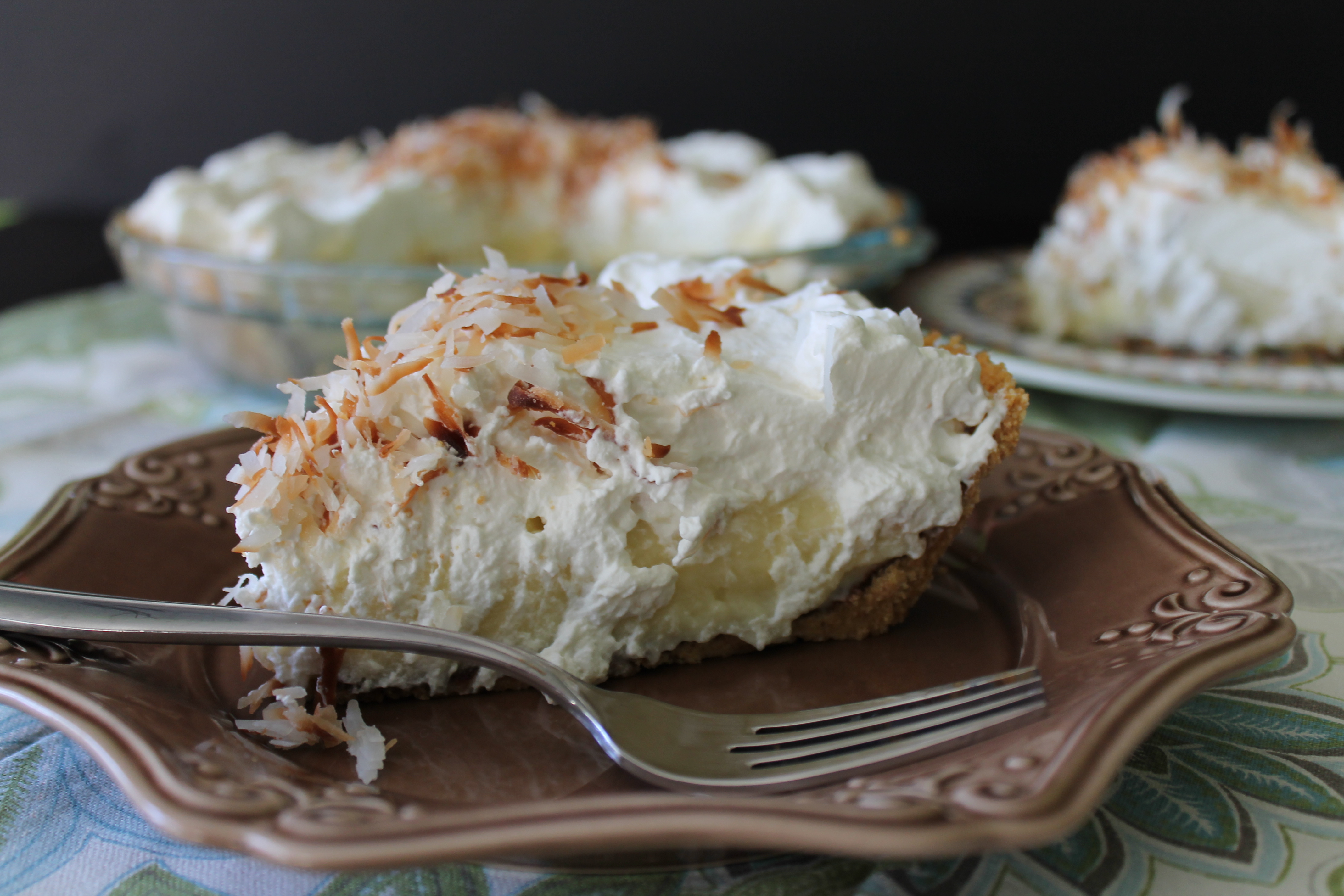 Thank you for introducing me to the number π. And thank you for letting me convert that number into a reason to eat dessert (as if I needed another excuse).

I really struggled in trying to decide what kind of pie to make this year. Ever since last year, I have been planning to make French silk…but honestly, I am still a little overwhelmed by chocolate after the month of February. In fact, I seriously contemplated making a savory pie or tart (Sarah didn’t even hesitate) and skipping dessert altogether!

But then I just couldn’t do that to Pie Day. So I made you a fabulous coconut cream pie.

It’s true…I made you a cream pie last year for Pie Day. But hey, this time of year, as spring finally takes the chill off, I really just want something fluffy and creamy and smooth. Like this coconut pie! I was so afraid that the coconut was going to be overwhelming, but the custard, made with coconut milk instead of cream, was just finger-licking good. Topped with creamy whipped cream and a handful of toasted coconut shavings, this pie is rich and delicious, but not heavy. 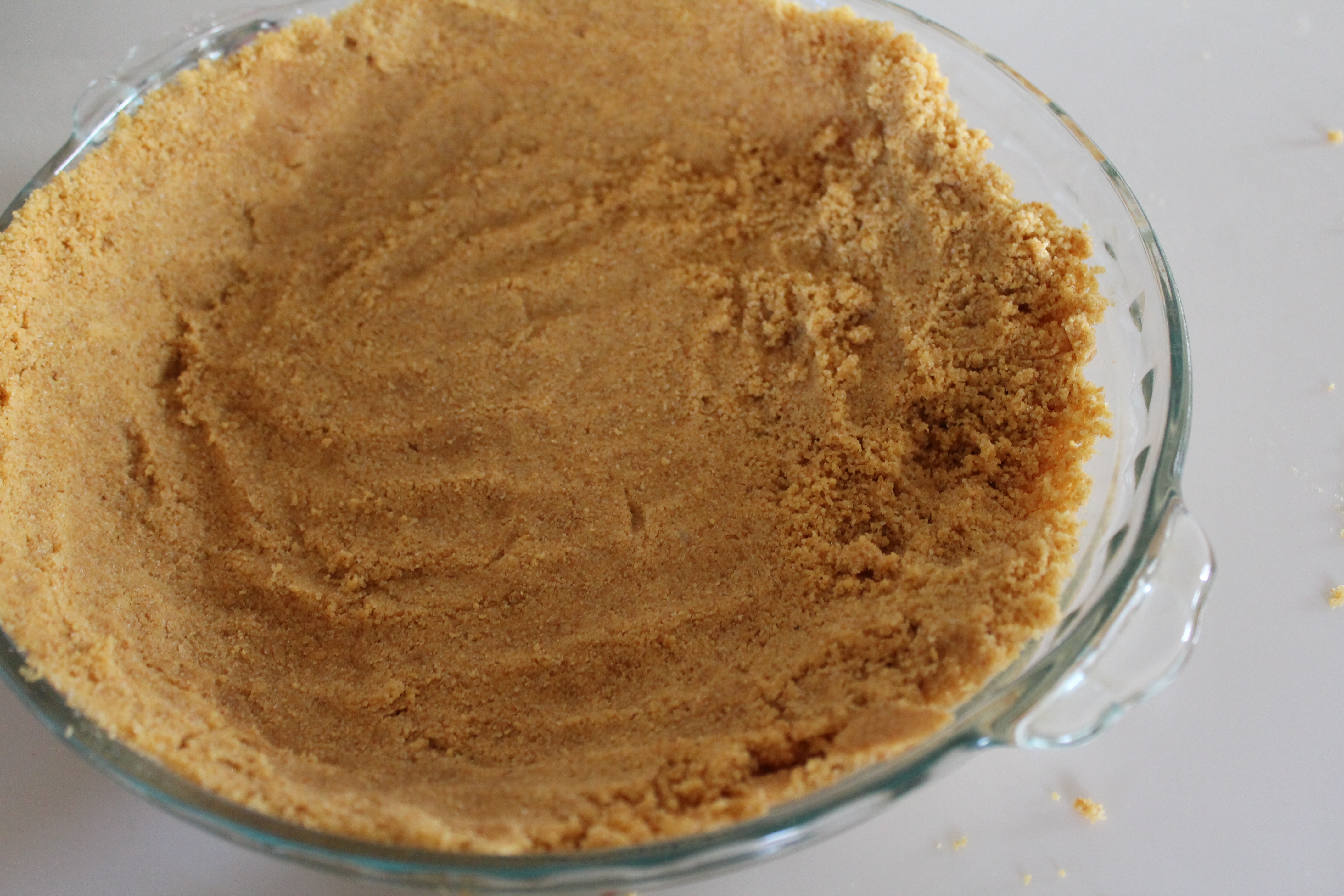 I made a graham cracker crust for this pie. Actually, I initially made a traditional pastry crust, but I had a fight with my pie weights (which is a whole ‘nother story) and the first pie crust turned into a sad, ugly mess. But I am actually grateful for the mishap, because I loved the extra nuance the graham flavor added to the pie! Plus, graham cracker crust is basically foolproof. Always a bonus.

Pulse the graham crackers, a pinch of salt, and butter in a food processor until the crumbs resemble wet sand. Press the crumbs into a 9″ pie plate. Bake at 375° for 7 minutes, just to set and lightly brown the crust. 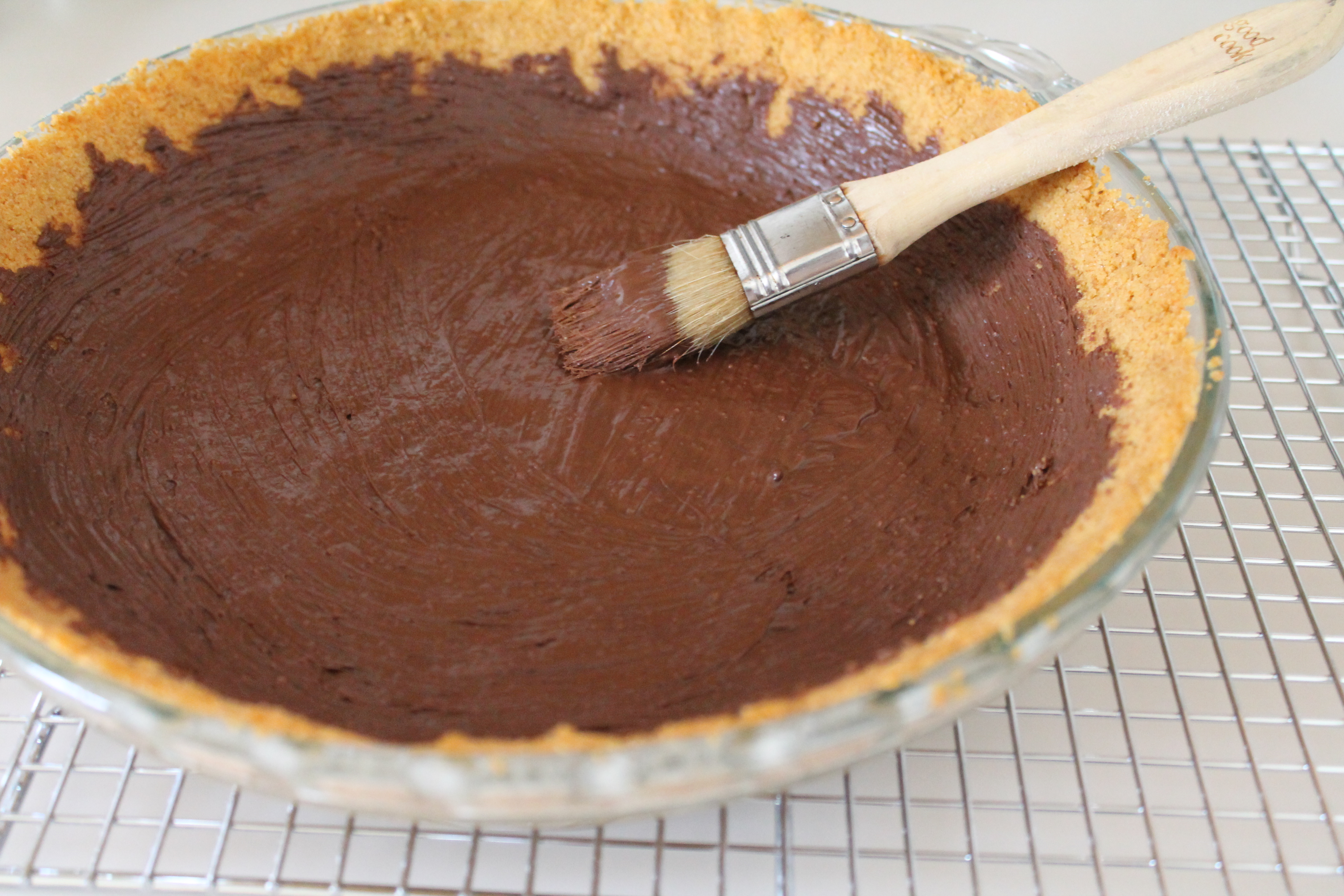 Let the crust cool, then paint it with melted chocolate! This is the secret ingredient that makes the pie amazing. It’s such a thin layer of chocolate that it only gives a hint of flavor to each bite, but that small chocolate flavor adds depth and just a touch of bitterness to complement the sweet coconut custard. Yum. Yum, yum, yum.

Chill the chocolate-covered crust while you make the coconut custard!

(Incidentally, if you are lactose intolerant, you could easily turn this custard into a delicious coconut gelato.) 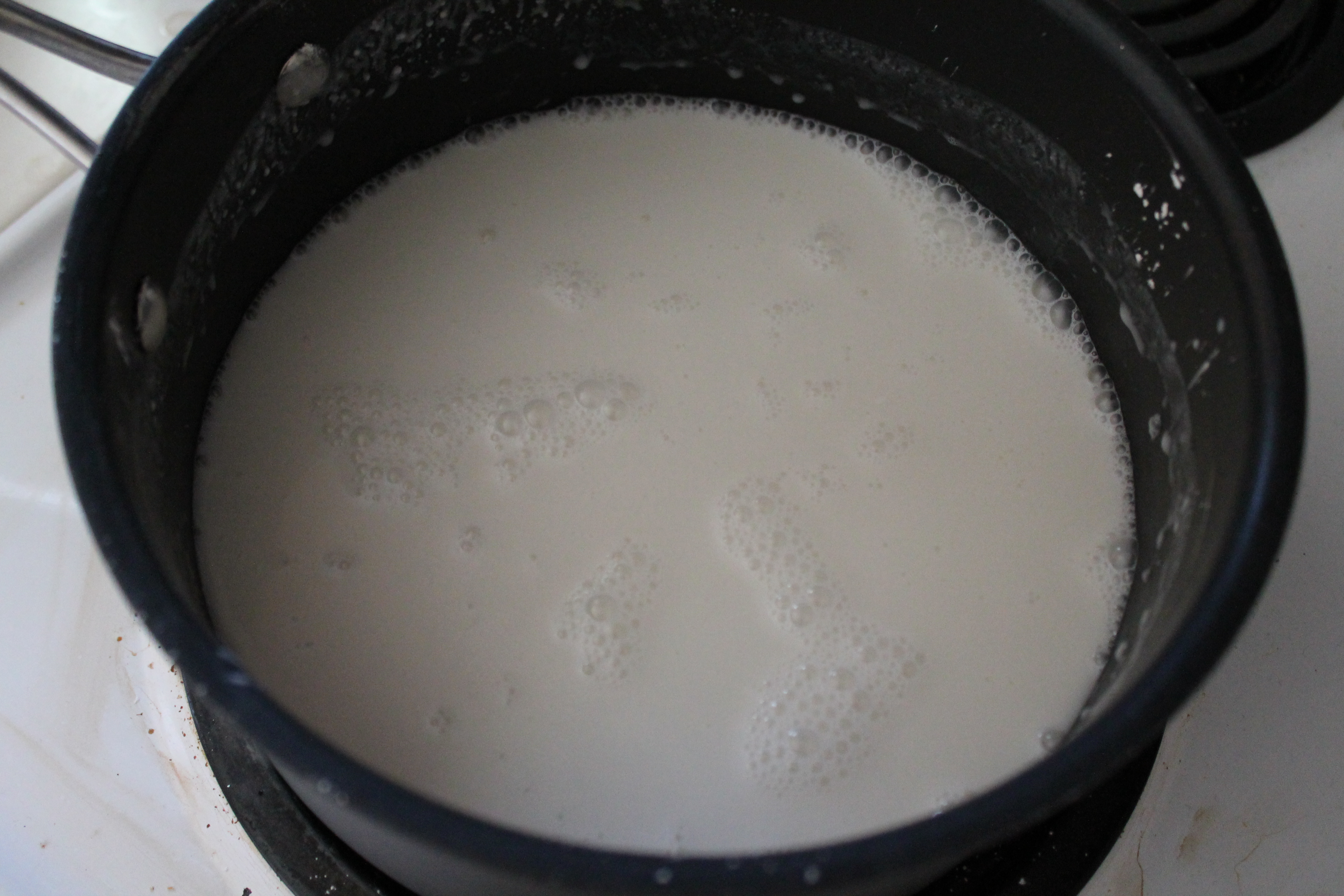 Whisk the egg yolks in a medium bowl and set aside.

Combine the coconut milk, cornstarch, sugar, and salt in a medium saucepan. Bring to a low simmer over medium heat.

Remove the pan from the heat. While whisking the egg yolks, carefully drizzle the warm coconut mixture into the yolks to temper them. Be careful not to pour too quickly, or the yolks may begin to cook! 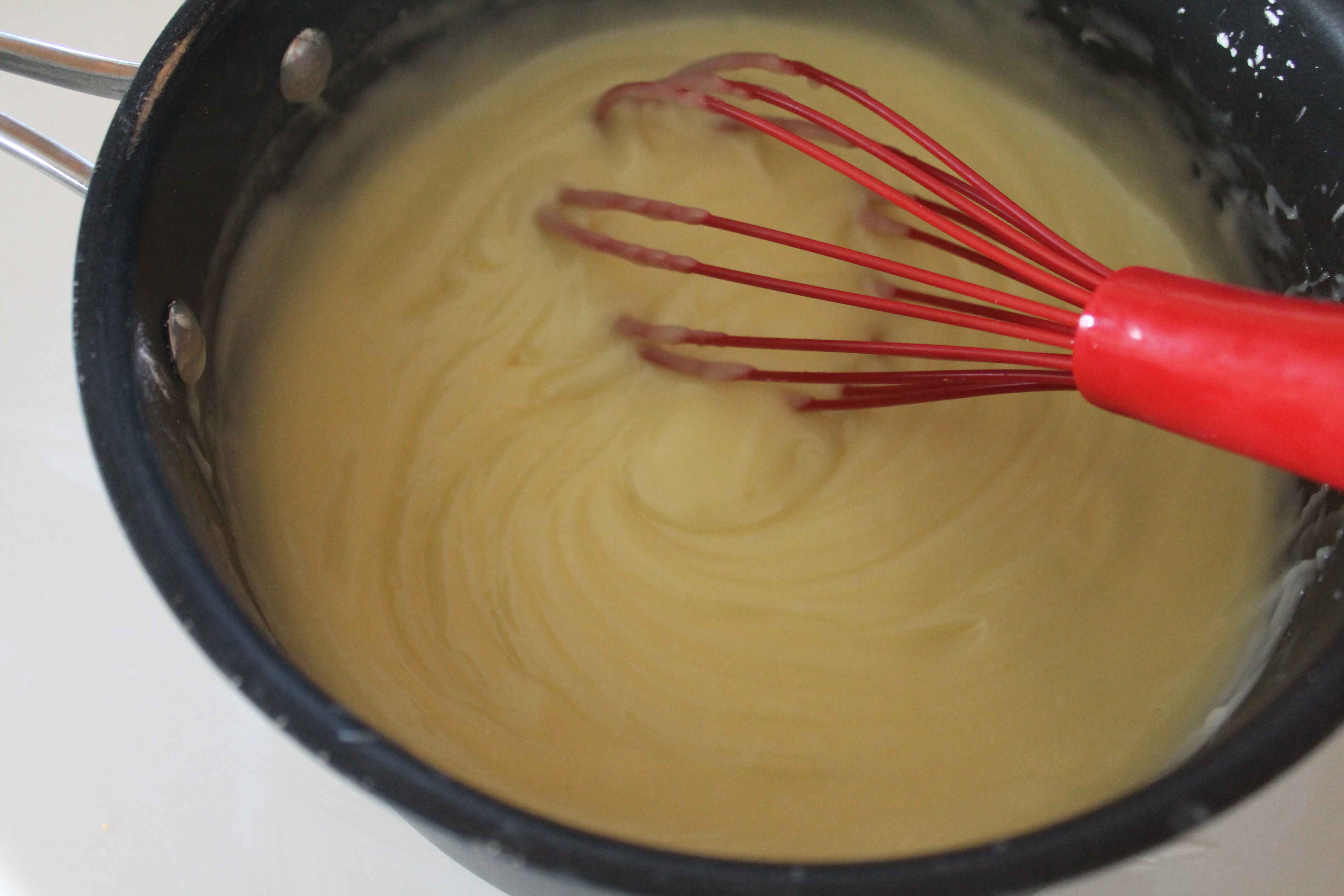 When about half of the coconut mixture has been incorporated into the egg yolks, pour the yolk mixture back into the saucepan. Return the pan to the heat and whisk constantly until it thickens. 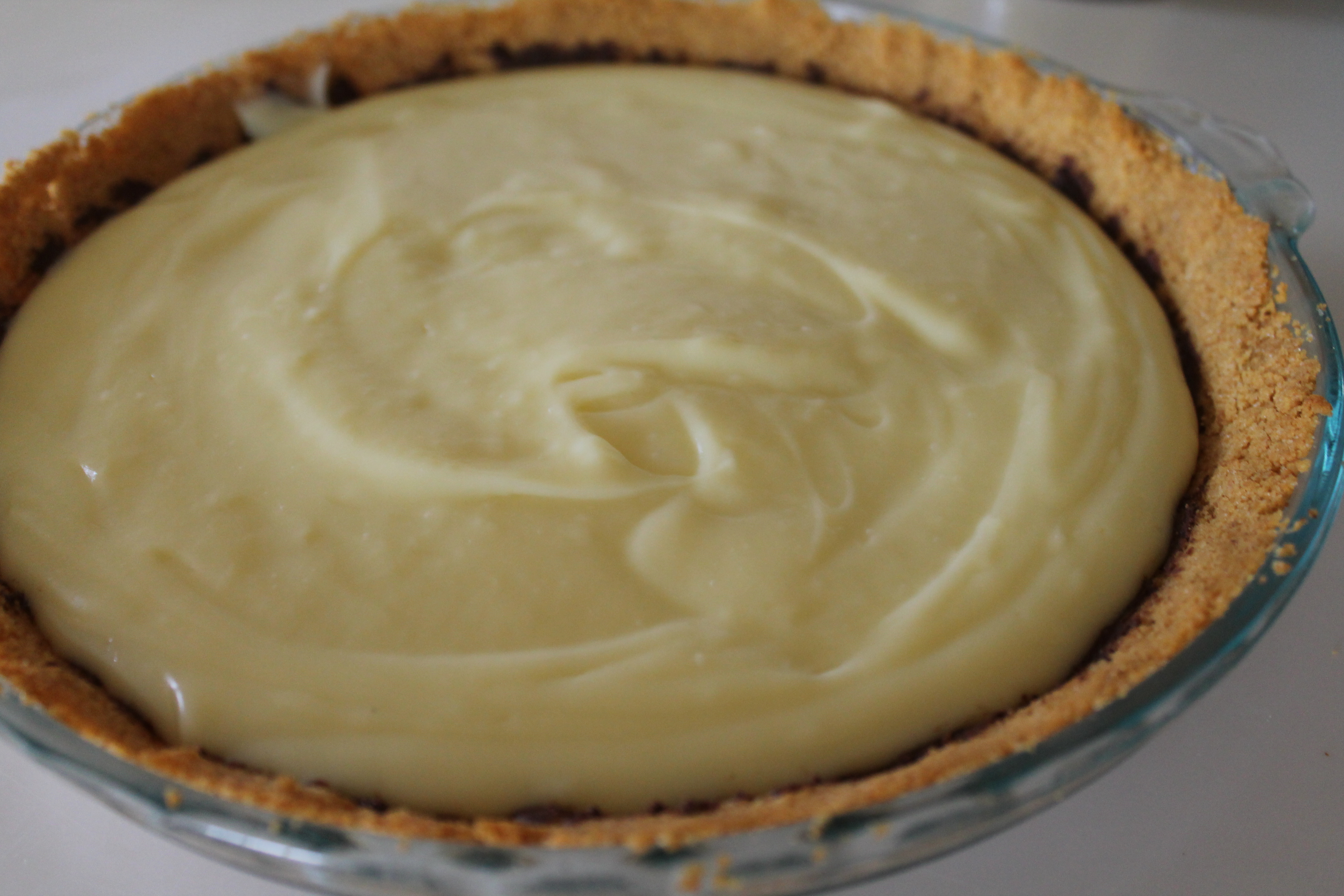 Um…here’s where I spaced out and skipped a few steps. First, I didn’t strain my custard before I spooned it into the graham crust (but, in my defense, my strainer was in the middle of being washed in the dishwasher, so it was out of commission), and second, I forgot to put a sheet of plastic wrap against the hot custard to prevent it from forming a skin. I am admitting this chiefly because neither faux pas had an effect on the pie at all. Thankfully, the eggs had incorporated into the custard beautifully, and the whole mixture was smooth and creamy…lumpy pie would have been sad! The custard did form a thin skin while it chilled, but that was not at all noticeable when we were eating it!

So. Don’t do what I did (unless you are also a space cadet). Do strain, and do cover your custard. And then, do chill it in the fridge for at least 3 hours, until the custard is cold and completely set. 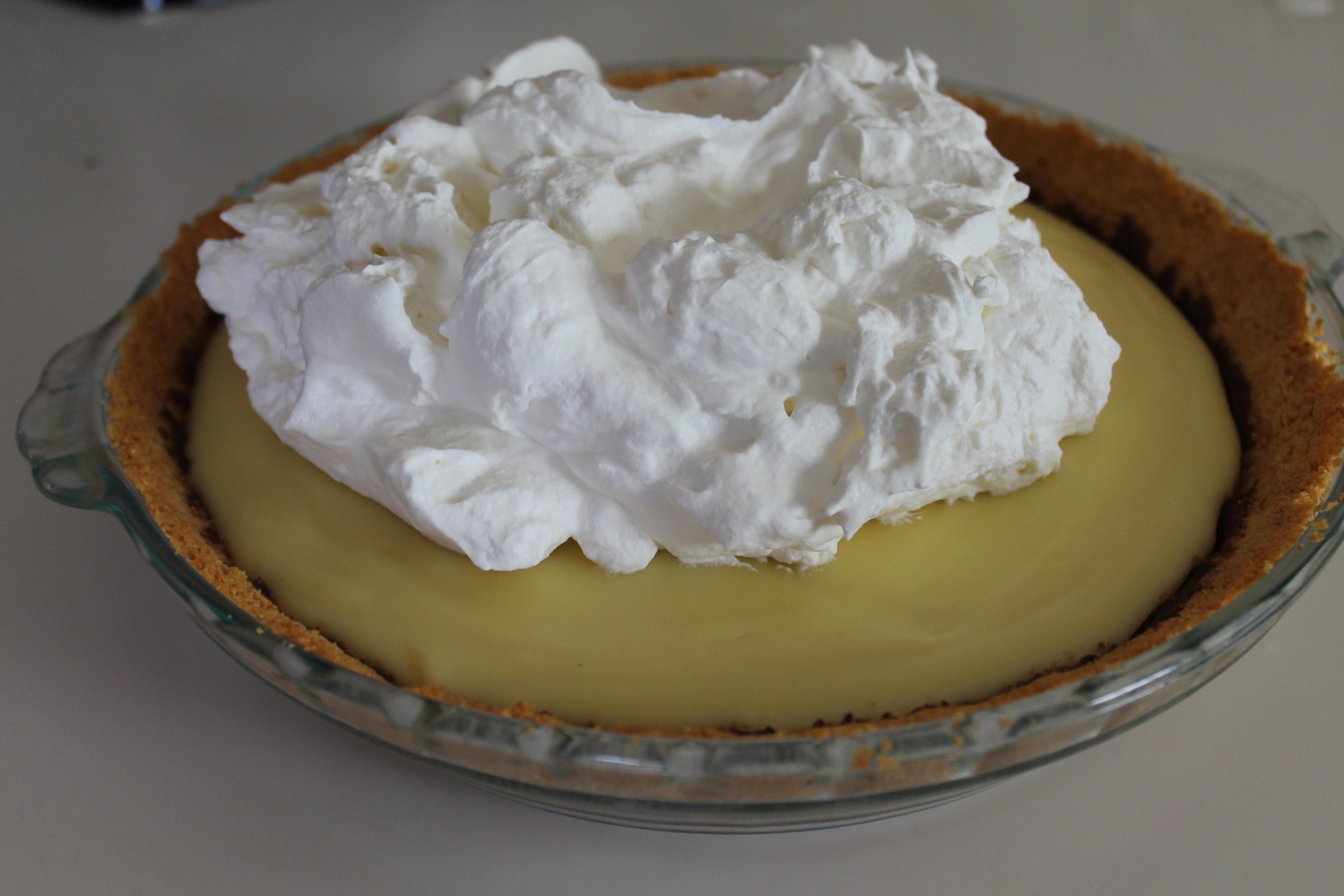 When you are almost ready to serve, toast some shredded coconut in the broiler. Be cautious and check it every 30 seconds or so! Mine took about 3 minutes to get a nice golden toastiness, but I didn’t let the broiler preheat before I stuck the pan in the oven. Yours may take significantly less, especially if your shredded coconut is already on the dry side!

Meanwhile, whip up some cream! This is as easy as pouring cream into the bowl of a stand mixer and turning up the speed as high as it goes. When soft peaks form, add in a few spoonfuls of sugar (table sugar works just fine! I promise it will absorb into the cream when you continue whipping; you will not end up with grainy whipped cream) and a bit of vanilla extract. I normally hate adding vanilla to whipped cream (I love the flavor of lightly sweetened cream so much, vanilla just seems like a travesty), but in this case I did add a splash of vanilla, to help balance the coconut. 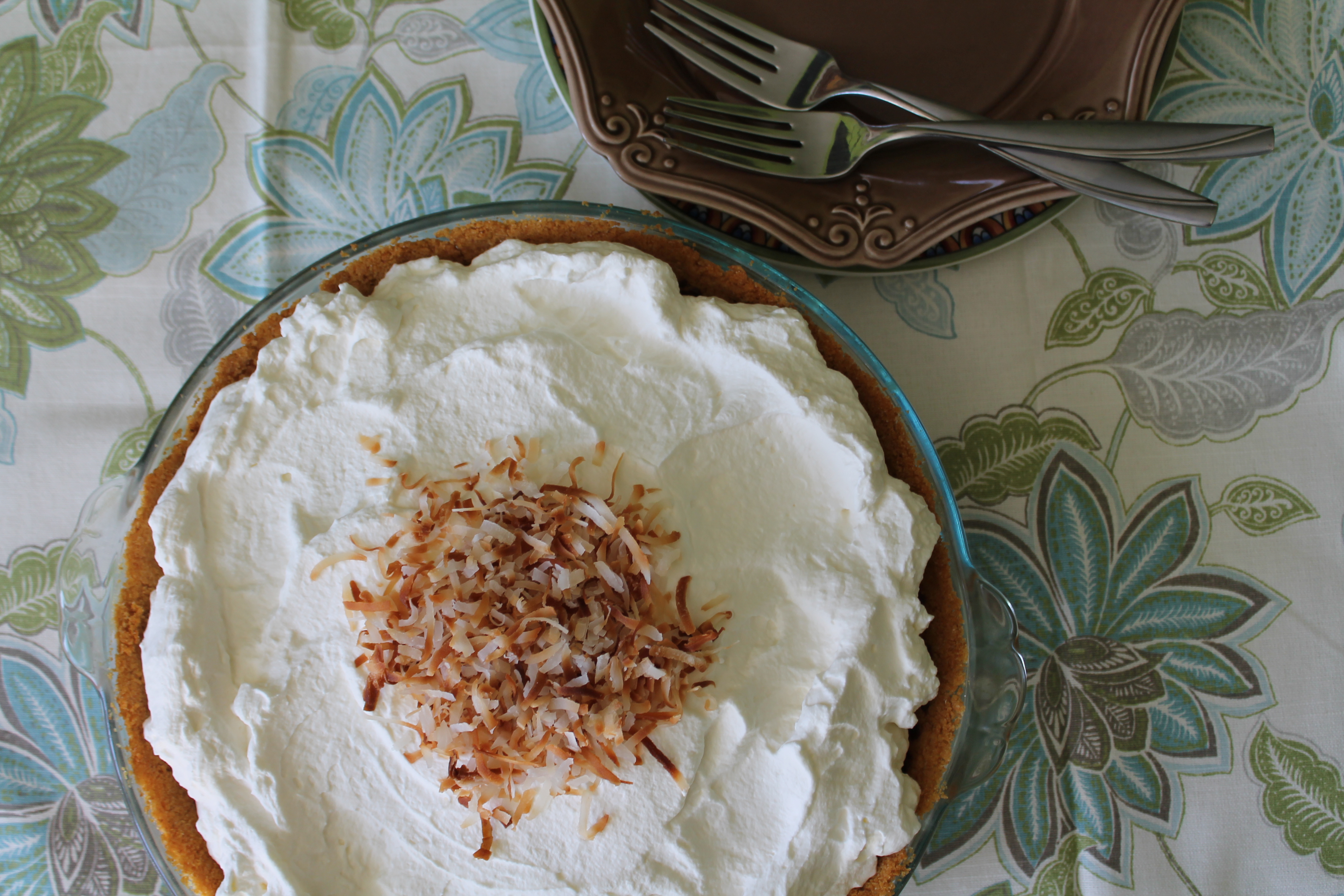 Spread the whipped cream over the coconut custard. Top with the toasted coconut. Yumness. 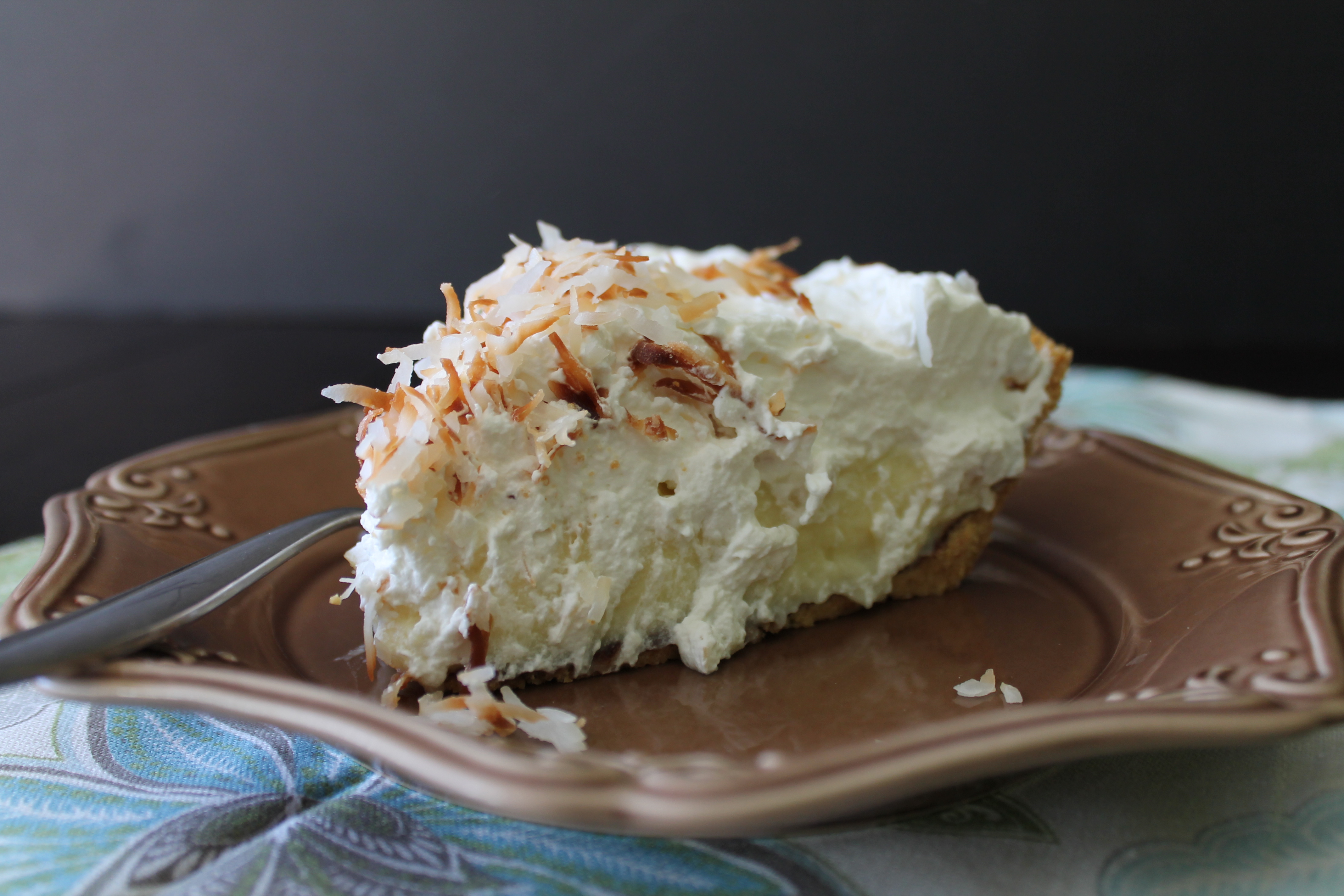 Directions:
Heat oven to 375°.
Pulse graham cracker crumbs, melted butter, and a pinch of salt in a food processor until wet and sandy. Press the graham mixture into a deep 9″ pie plate.
Bake the crust for 7 minutes. Let cool completely on a wire rack.
When the crust is completely cool, brush with a thin layer of melted chocolate to create a barrier between crust and fillings. Chill in the refrigerator 10 minutes, or until set.
Meanwhile, prepare the coconut custard. Whisk the egg yolks in a medium bowl and set aside.
Combine the coconut milk, sugar, cornstarch, and salt in a medium saucepan over medium heat. Bring to a low simmer.
Slowly drizzle the coconut mixture into the egg yolks, whisking constantly to prevent the yolks from cooking. Continue adding the coconut mixture until about half the liquid has been incorporated into the yolks. Pour the yolk mixture back into the saucepan and return the pan to the heat.
Continue to cook over medium heat, whisking constantly to avoid letting the mixture become lumpy or burned, until the custard thickens significantly. Remove from the heat and strain through a fine mesh sieve.
Spread the coconut custard in the bottom of the crust. Cover the surface of the custard with a sheet of plastic wrap (lay the plastic against the surface of the custard to prevent a skin from forming), and chill the pie for 3 hours, or until the custard is completely set.
Before serving, whip the cream on high speed in a stand mixer. When soft peaks form, add the sugar and vanilla and continue whipping until the cream forms stiff peaks.
Spread the whipped cream over the coconut custard (after first removing the plastic wrap…), and top with toasted coconut.
Slice and serve. Store, covered, in the refrigerator.